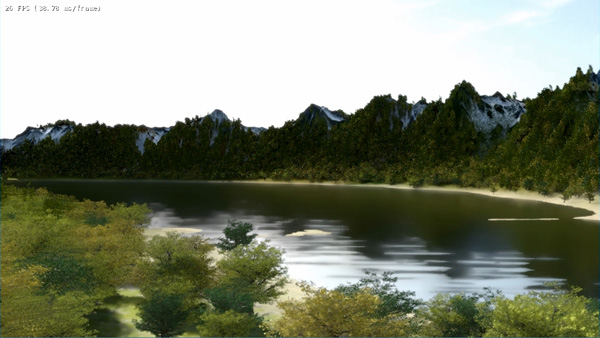 When Chaos developed the most recent version of their V-Ray GPU renderer, they concluded that one renderer can’t avoid the need to focus either on speed for features, or on quality. Through Project Lavina they have tried to overcome this difficulty by only concentrating on real-time, devoting V-Ray GPU as far as possible on fast production rendering while retaining interactivity. V-Ray GPU is above all a highly interactive, physically based system able to access all available power from all GPUs and/or CPUs in the user's hardware.

Project Lavina, a name based on the Bulgarian word for 'avalanche', debuted as a tech demo at SIGGRAPH, depicting a massive 3D forest and several architectural visualisations running at 24-30 fps in standard HD resolution. Rather than using game engine shortcuts like rasterised graphics and a reduced level of detail, each scene employs live ray tracing for true, interactive photorealism. Chaos Group says Lavina is able to handle massive scenes at real-time speeds – over 300 billion triangles in one case – without loss of detail.

NVIDIA was pleased to see Project Lavina effectively taking advantage of the RTX stack, also debuting at the SIGGRAPH exhibition as part of their new Quadro RTX line - real-time ray tracing is the goal for RTX as well. 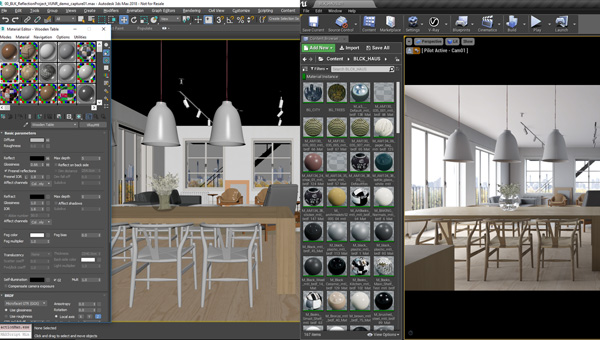 The SIGGRAPH tech demo uses 3D scenes exported from V-Ray-enabled software, directly into the Lavina engine. Unlike a traditional game engine that requires assets to be rebuilt and specifically optimised, Lavina simplifies the export process with direct compatibility and translation of V-Ray assets. After loading the scene, the user can explore the environment just as they would in a game engine, but meanwhile also see physically accurate lighting, reflections and global illumination.

This is Chaos Group’s second real-time announcement in the last year, following the beta release of V-Ray for Unreal. Seeing what they believe is a growing demand for real-time applications, Chaos Group has developed a way to tie ray tracing to both game and visualisation workflows, enhancing the fidelity of this new medium. Chaos anticipates that users will soon be able to apply a highly realistic rendering style to any type of interactive project, including 3D product configurators and VR productions, using their preferred tools.

“This demonstration was made possible by partnering with NVIDIA, whose Quadro RTX GPUs are supporting progress in real-time experiences,” said Peter Mitev, CEO of Chaos Group. “From here, Project Lavina’s development will continue to focus on the quality and speed of real-time ray tracing.”  www.chaosgroup.com