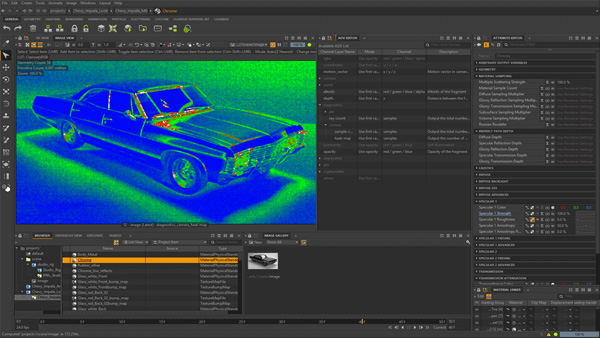 Clarisse iFX is 3D software developed to use as part of a CG content creation workflow to give artists interactivity, speed and control over complex, high polygon-count datasets. It has an integrated CPU-based rendering engine based on unidirectional path-tracing, which allows users to work interactively on detailed, data-heavy environments, scenes and assets, while watching the results of creative decisions.

New set dressing and layout tools include playblast functionality that creates photorealistic animated previews of scenes, quickly and noise-free, by combining the progressive rendering in Clarisse with NVIDIA’s GPU-accelerated denoiser. A new transform manipulator speeds up work by reducing the number of operations needed to position items on a CG set with functions to move, rotate, scale, snap and manipulate selections faster.

The volume display density modifier, or cutoff, adjusts the shape of volumes as they are displayed in the 3D View, for example, revealing the flame from inside smoky fire. The result is more accurate than relying on feedback from progressive rendering. A surface constraint in version 4.0 makes it easier to attach items onto animated deformed geometry. Then, by moving the timeline, the items can be made to closely follow the animation of the underlying geometry they are attached to. 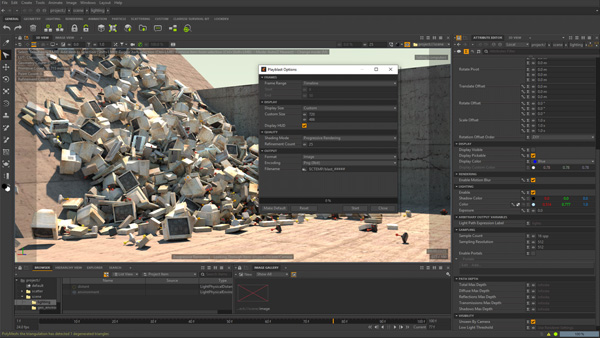 New mipmapping controls tune your render quality and optimise texture cache efficiency. Texture maps may be sharpened individually, or the mipmap resolution can be constrained to optimise I/O traffic, memory and render speed. Volume rendering in Clarisse 4.0 is now more accurate and faster due to new volume density controls and better light and phase function sampling. 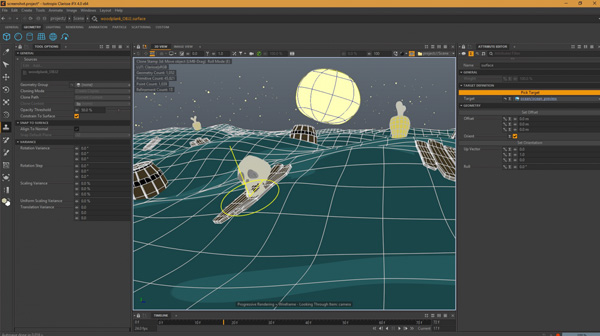 Clarisse 4.0 now has portal lights for use in sampling environment lights in interior scenes. Portals are manually-placed helpers, placed outside windows, for example, that tell the renderer which direction lights are coming from. By giving the renderer a spatial hint on indirect light sources, portals can save on render time.

Upgraded spotlights help reduce noise, especially when inside volumes, by improving importance sampling. They also have more focus controls, and are more accurate when used as projector lights.

Now with improved OCIO integration, colour management in Clarisse 4.0 works through LUTs that define colour spaces. It also supports looks that define colour transforms, allowing more creative modifications to rendered images so that artists are working with a look closer to the final grade. The ability to manage holdouts and customise AOVs across a scene directly at the 3D Layer level is another update. 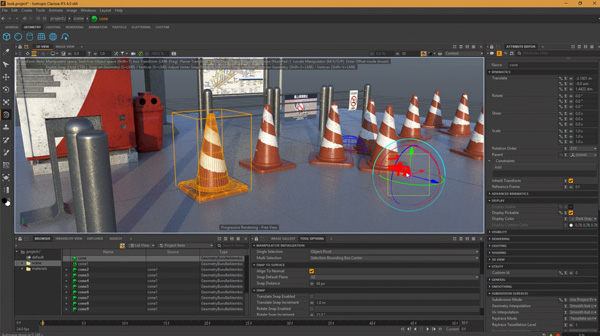 The transform manipulator quickly positions items on a CG set.

Adaptive anti-aliasing in Clarisse can now automatically refine pixels until the noise is lower than a given threshold. The final colour transform or LUT of renders is taken into account to compute pixel variance.

The render recovery system resumes incomplete renders, and also outputs in-progress render snapshots at any time during the render to create previews. Clarisse iFX 4.0 also has new AOVs and display modes to help diagnose and optimise renders by displaying detailed information about sampling allocation and ray-trace calls. The results are visualised as heatmaps or normalisation AOV display modes in real-time during rendering.

Clarisse iFX 4.0 uses a native integration of Pixar’s USD format (Universal Scene Description) to allows users to load assets many times faster than with Alembic, and has a new expressions engine based on the SeExpr language from Walt Disney Animation Studios. The advantage of Clarisse’s expressions is the ability to simplify complex setups via attribute binding, to make smart kinematic rigs, and to create smart scene templates that cause items to intereact automatically. 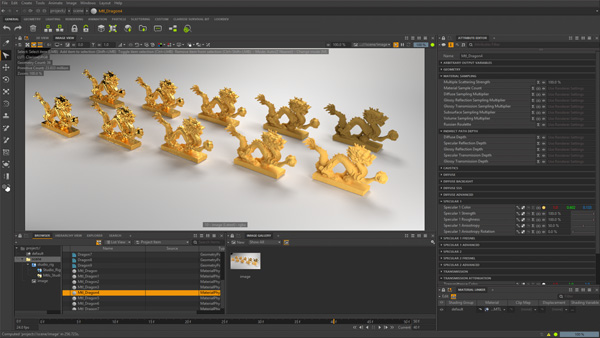 Scene management is now simpler due to updates to the Clarisse 4.0 user interface. For example, you can export a context with its dependencies as a new project or a reference. You can also use display filters in the Explorer to visualise and manage overridden items or instance localisations when modifying your own scene, or someone else’s.

New support for Alembic layering increases flexibility by replacing monolithic caches that hold all data from geometry to animation. Layered caches holding different, specific types of data can be managed and recomposed later on as required.  www.isotropix.com