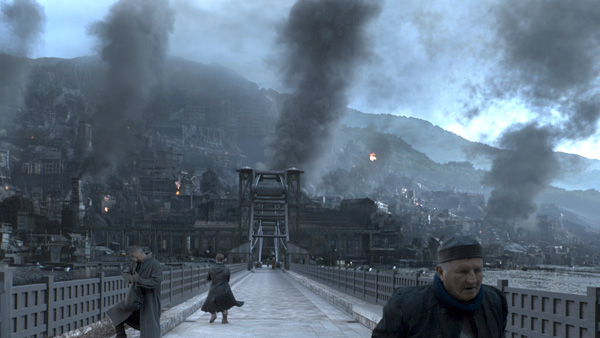 In the recent production of ‘Robin Hood’ much of the action takes place in a digital version of the historic City of Nottingham built from scratch in 3D as it looked in the Middle Ages. Artists at Cinesite, led by VFX supervisor Simon Stanley-Clamp and working with the director Otto Bathurst, created some of the city’s settings and backgrounds for the film.

Because Nottingham today has grown up into a modern city, the team used Dubrovnik in Croatia, which still contains medieval stone walls and other structures, as a source of reference for looks. The story takes place at around the time of the Crusades, occurring within the same era. 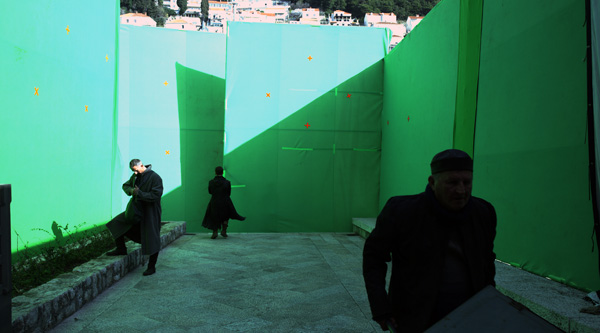 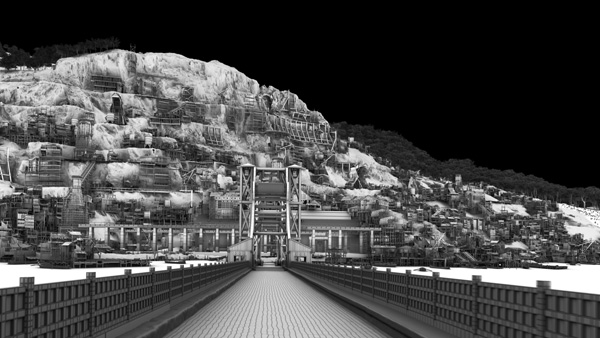 Cinesite’s head of assets Tim Potter described Nottingham in Robin Hood’s day as a crowded industrial city, constantly subjected to the political impact, economics and religion of that time. “Although a centre of great wealth for some, Nottingham is hemmed in by soot-choked mines and sprawling slums that highlight the division between the rich and poor. We needed to visualise those contrasts for audiences, at a glance,” he said.

“We aimed to build up a complex city with a huge number of buildings, and used Substance software to very rapidly give the assets the many variations and looks that were required across a diverse place like Nottingham.” Maya was used for the builds with ZBrush for sculpting and to design displacement maps that added detail and variations across the Substance textures.

The VFX team also wanted to create authentic materials that would give life and personality to the stone and wood structures and customise the city for the story. Substance Designer was used for materials and textures that would evoke places ranging from slums, strangley inspired by Brazilian favelas, to the grand environments of the gentry and nobility. All of these details created visual clues for viewers about the world Robin Hood inhabited. 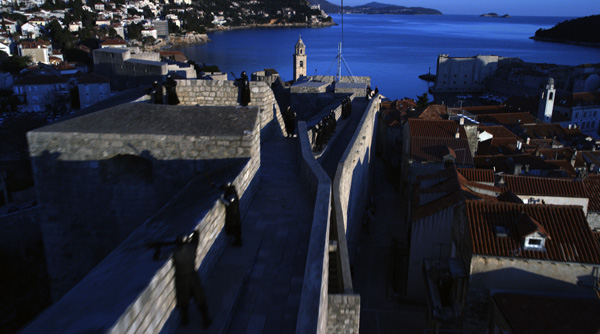 Enhancing the level of contrast was often achieved by adding dirt, dust and grime to the RGB channels – the digital colour separations -  over the textures to add wear and tear to the city. Once the models and layouts were finalised, Cinesite alo increased the level of detail using Substance Painter, layering up varied looks across the city to reflect the disorderly, slightly chaotic nature of everyday life in Nottingham.

At its peak, Cinesite had about 145 artists working on the project, including 10 or so specialists focussing on texturing and lookdev. This team devoted six months to Nottingham town, with about three more months spent on the creation of further scenes.

Cinesite’s use of Substance began in 2016, when the team first started to experiment with the tools to create digital props. As Painter and Designer have continued to evolve and introduce tools built specifically for VFX production – such as subsurface scattering, 8K support and other functionality – Cinesite began to integrate Substance further into its pipeline. Using various layers, the Substance Suite allows the artists to not only design highly detailed textures but also make changes to models or UVs without having to constantly refine the textures, by keeping the maps live and unbaked. 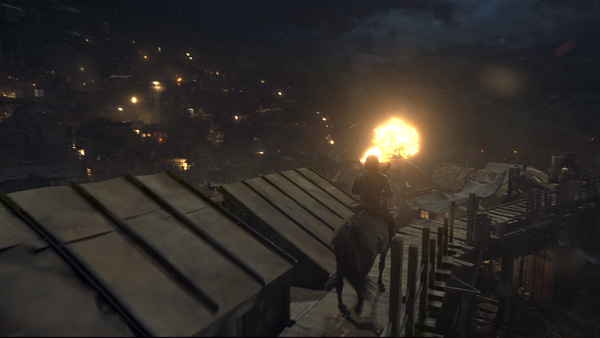 Other asset from ‘Robin Hood’ that made particular use of Substance include Nottingham’s cathedral and Robin’s childhood home of Loxley Manor. Although Dubrovnik guided most design choices, the massive cathedral was a focal point of the story and had to be designed from scratch. To fit with the film’s themes, Cinesite took inspiration from several real churches located around the world to result in an original building in a brutalist style. 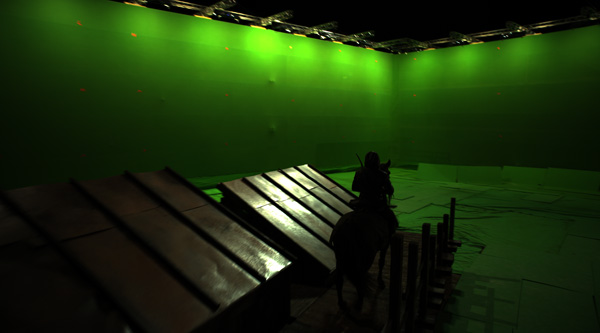 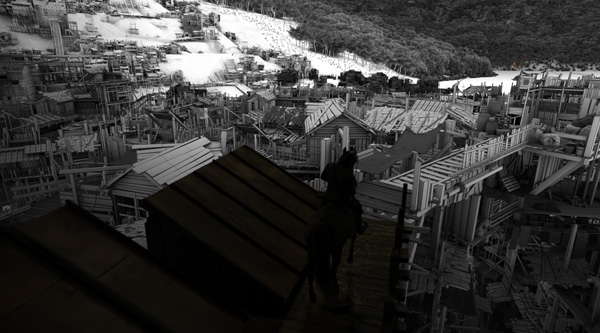 To build Loxley Manor, they based their work loosely on a real structure in Završje, Croatia, using that design to build it in two versions – one showing the Loxley family in better times, and another seen after years of neglect and damage – composed of models and digital texturing, in the same way as the city.

“To create the world that the filmmakers wanted, we started by going through the process of understanding the story. From there we saw what the production had filmed and where the action needed to take place within the city, then we went about creating something unique,” said Tim Potter. “The scale was massive, but the end result is a realistic world that will feel somewhat familiar, and yet still offer plenty of surprises.”  www.allegorithmic.com