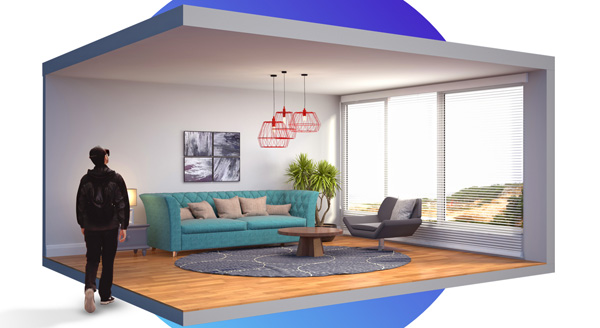 Users of KeyShot, the real-time ray tracing and global illumination software for 3D rendering and animation, can now create immersive, fully interactive virtual reality experiences quickly, with a single click from any KeyShot scene. KeyShot’s developers at Luxion have designed the new KeyVR tool so that, once the user has imported a model from their 3D software into a KeyShot scene, it is ready for VR without any scripting, coding or specialised model preparation.

The primary goal is helping engineers, designers and 3D professionals to assess their designs faster, to explore the detail and functionality of products more accurately, and to allow their customers to experience current or future products in a chosen environment. Viewing scenes in virtual reality can help solve design challenges, and be used to present ideas.

The intense interest in VR itself, and the expectations associated with it, have “created a solution in search of a problem,” Luxion’s developers say. “Many customers experiment with VR software without incorporating it into their decision making or integrating the application into their product development process.” As they did with KeyShot, a designer-first approach was applied to KeyVR that addresses the challenges that product development teams encounter regularly. 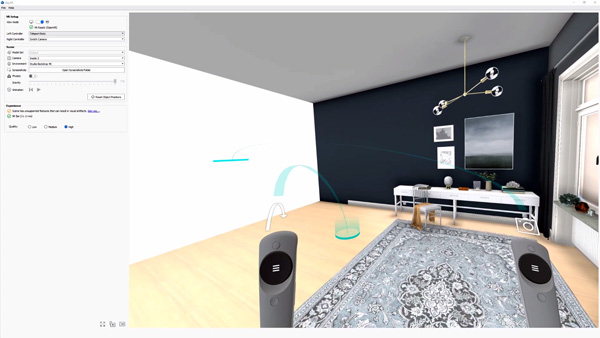 For example, designers and engineers need VR to augment their existing visualisation workflow without adding overhead. They want to see issues before products are manufactured, see their ideas in context, and experience real-world lighting conditions as a user would. Moreover, they want to achieve these results quickly. Because it is quick and involves only a few steps, KeyVR is able to integrate directly into existing workflows.

KeyShot uses real-time ray tracing with the goal of producing production-ready visuals quickly, at the same high fidelity that is needed for the deliverable. KeyVR is built on this core KeyShot framework, but as a native VR package for full-frame, virtual world experiences. Consequently, KeyVR complements KeyShot as a simple to use visualisation package for designers who want to explore their design intentions while maintaining visual quality.

“VR prototypes have been around for decades, and although VR hardware is finally here, the industry still feels young in terms of software for content creation,” said Jesper Mosegaard, Director of Products at Luxion. “We now want to push the tools and functionality into the mainstream. KeyVR allows product developers to connect to their product in an intimate way and directly experience them very early in the design process.” 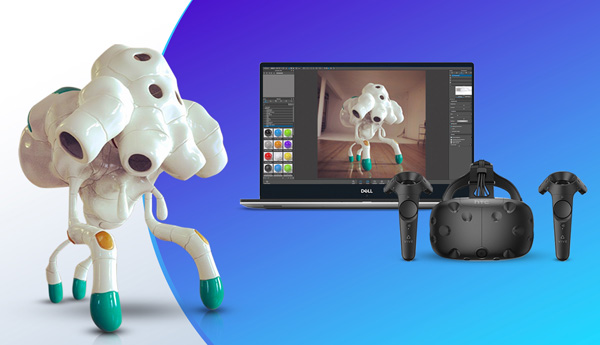 Paul Taylor from Life Fitness took the role of a KeyVR Early Access customer. “We are primarily using KeyVR to analyse scale and form of early concept designs for our fitness equipment,” he said. “We typically don’t get a good sense of scale until we build a full-scale foam model. But by that time, we have limited ability to make changes. With KeyVR we can experience the design much earlier on and gain a better idea of the finished product - in time to make critical changes. We have been able to incorporate KeyVR into our process where it has already made a positive impact.”

From Import to VR

KeyVR ports any supported KeyShot scene over into an immersive VR experience within a few seconds. Once you have imported 3D models and opened a scene in KeyShot, you can shift into KeyVR with one click to initiate an interactive 3D experience. Using a head mounted display (HMD) like Oculus Rift or HTC Vive, the entire VR environment can be viewed and examined from all angles in real-time.

Users also have options to interact with multiple design variations, view models in different environments, initiate animations they have saved, and enable physics such as gravity, collision and rigid-body physics simulations. No preparation for 3D assets or environments is necessary except that the scene must be created in KeyShot, whether it is a newly imported model, a scene saved from KeyShot, or a production-ready scene. 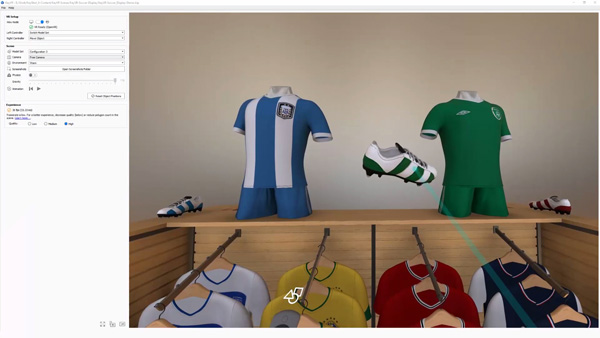 KeyVR is built on the core framework of KeyShot, allowing many of the core application functions with a purpose-built render path that displays full-frame quality in real time. Users can see designs in context, while moving around the model and making adjustments as they would in a real-world studio.

KeyVR does not require programming or outsourcing development, working with dedicated VR developers, or forcing conditions for models to work in VR, but does have three basic requirements to start viewing 3D models in VR. First, users need a Windows desktop or laptop computer with a VR-ready GPU - GTX1080, Vega64 or better, and second, one of the following types of HMD - Oculus Rift with Oculus Desktop, HTC Vive, or Windows Mixed Reality with SteamVR.

Finally, while KeyVR is a separate product from KeyShot, and KeyShot is not required to run it, the application accepts KeyShot .bip and .ksp files created using KeyShot. Furthermore, KeyShot users have the ability to shift directly from KeyShot to KeyVR in one click. KeyVR is supplied as an annual subscription and is available immediately on keyshot.com and through the KeyShot reseller channel.  www.keyshot.com/