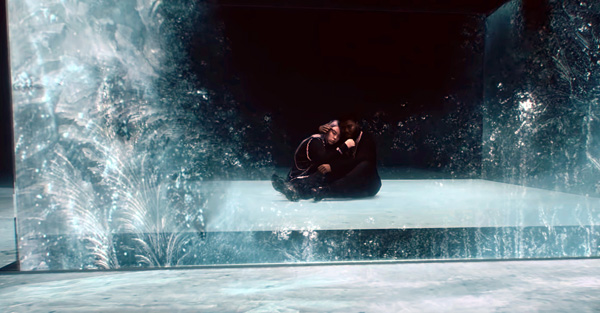 Artists using Houdini procedural 3D CG software can now assemble their scenes in Houdini’s procedural environment and use V-Ray for Houdini, built for VFX and animation projects, for more control over looks in the renders. Ingenuity Studios have been using it since 2017 when the alpha build was released to create music videos and television work.

“We started using it as soon as it was available,” said Grant Miller, owner and VFX Supervisor at Ingenuity Studios. “We wanted to move scene assembly into Houdini to give us more control over our instances and a tighter iteration loop on VFX and look dev. If V-Ray for Houdini could help us achieve that, we wanted to try it.”

The first project the team tested V-Ray for Houdini renders on was a Taylor Swift video ‘Look What You Made Me Do’, which features a large group of writhing snakes. From there, new functionality was regularly added and continued to attract the attention of artists used to working with Autodesk Maya 3D software and the Houdini’s built-in renderer, Mantra.

After successfully delivering their first video for Taylor Swift, Ingenuity were hired again for her next project ‘...Ready for It?’ With looks recalling ‘Ghost in the Shell’, it involved combining robot faces, digital eyes, magical orbs, energy blasts, lightning and shattering glass into three and a half minutes. The production included a glass box as a set piece that had to correctly refract her performance and the effects around her at all times.

Because at that point the team was still transitioning to V-Ray for Houdini, the box set-up was recreated in V-Ray for Nuke, with the shaders and textures for the glass kept live so that refraction and reflectivity could be adjusted as needed on a per-shot basis. The VFX work was then completed in Houdini with .vrscene files (The Chaos Group .vrscene format) exported to use later in Nuke. This approach meant the team could polish the look dev on the lightning and clouds in Houdini and - because V-Ray was used on both applications – feel fairly confident that everything would match when rendered.

Due to the interesting looks they achieved with glass boxes and music videos, Ingenuity was also hired by the producers of singers Billie Eilish and Khalid, who also wanted a glass box around the performers for their single ‘Lovely’. This time, the glass box and visual effects would be principle elements in each shot because the whole project was to be captured in a single take against green screen. As the song progresses, Ingenuity’s effects would help use the glass box to recall the sadness of the lyrics. Meanwhile, storm clouds, rippling water and growing frost engulf the singers. 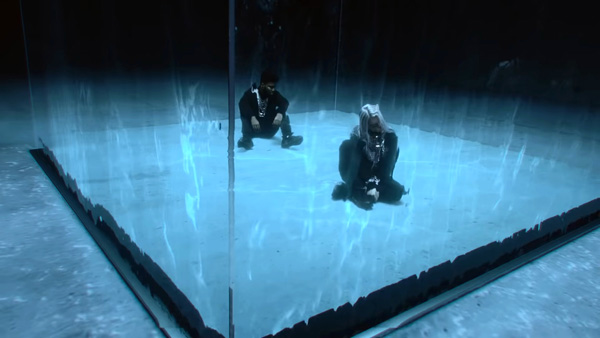 “Billie and Khalid needed to be integrated inside the glass box and then be refracted through it,” said Grant. “By exporting .vrscenes from Houdini and rendering with V-Ray for Nuke, we were able to keep their keyed layers and roto live, making adjustments as the video progressed without having to render updated keyed footage and take the files back through further CG or FX stages. The ability to send assets and FX from one package to another directly made this technique possible.

“The procedural nature of Houdini means we can update our assets over the lifetime of a shot, without revisiting shading or simulation setups. From a practical standpoint, this means that as soon we have the model of an asset blocked-in, we can publish it as a version and start rigging.”

Ingenuity used V-Ray for Houdini for look development to experiment with the interaction of glass box and VFX, allowing the team to populate their environment with clouds, lightning, water, frost and splashes and see what worked best. After major decisions were made, the studio rendered scenes, sometimes in Houdini itself and sometimes in V-Ray for Nuke, ultimately lending Ingenuity more flexibility in their pipeline. 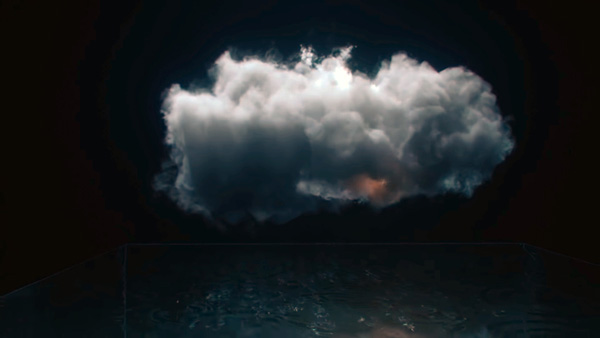 Field of the Dead

Ingenuity also used V-Ray for Houdini to render a six billion polygon scene for ‘The Walking Dead’ that included rolling volumetric fog and a sky replaced by a digital matte painting. In this scene, character Rick Grimes enters a field of 9,000 zombies, a horrific sight that extends out into the distance. After the foreground elements were shot against blue screen, keyed and tracked, the artists used Houdini to instance and scatter the bodies over a terrain mesh.

To create the scene, each character was built with 500,000 to 900,000 polygons, depending on costume and hair. Because the shot would run for several hundred frames, Ingenuity needed to keep the render times low, using V-Ray for Houdini’s instancing functionality. 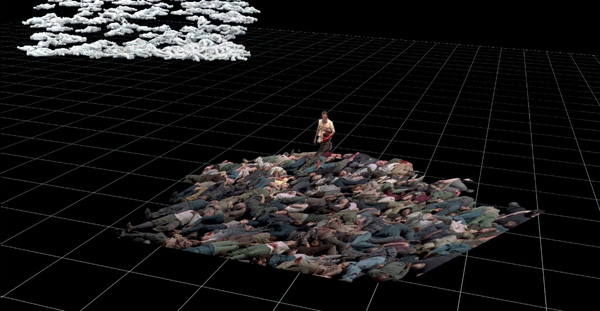 Instancing is fast and efficient because the renderer only needs to keep one copy of the object’s geometry, and just output it multiple times for each instance. Because instancing takes place in the renderer, the instanced geometry does not use memory or slow down the display as users work in Houdini. This made it unnecessary set up different Levels of Detail and lent a cinematic look to scenes, but meant that the object’s actual surface geometry could not change between instances.  www.chaosgroup.com