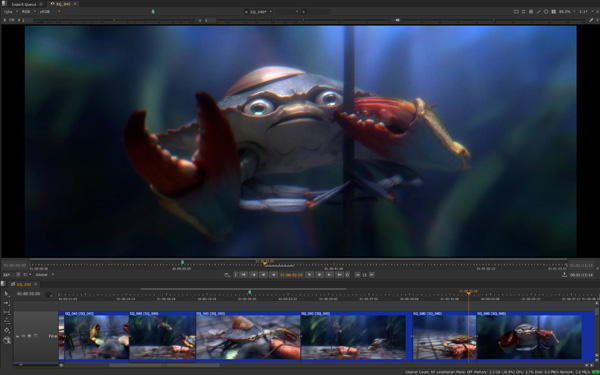 Foundry Nuke 12.0 starts the next development cycle for the Nuke applications’ software. The v12.0 release aims to improve interactivity and performance across all these applications, for example, GPU enabled nodes have been added for clean-up, and Nuke Studio and Hiero have a better playback engine. Nuke 12.0 has new GPU-accelerated tools integrated from Cara VR for camera solving, stitching and corrections, with updates to the most recent standards.

Optimisations included in this release appear throughout the software, mainly to improve performance, especially when working at scale. One important improvement is the ability to maintain UI interactivity and reduce loading times when working in large scripts of over 1,000 nodes, resulting in a smoother experience. The update extends to scripts with many nodes encapsulated in Groups and Live Groups, also resulting in faster loading. 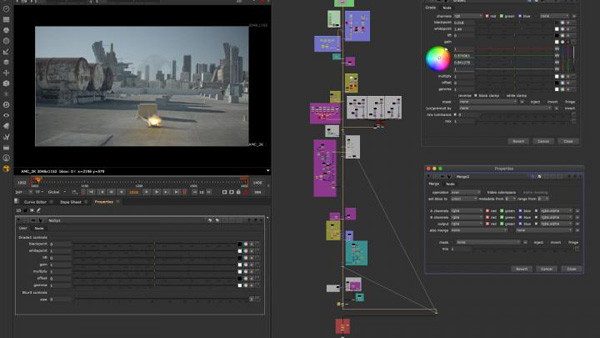 Because reading in data can be a performance bottleneck, a primary focus of Nuke 12.0 is OpenEXR Read and Write performance to improve render times and increase interactivity in scripts. Optimisations were made for the commonly used compression types, and more GPU support for RED and Sony camera formats is also added. Read times improved especially when using planar-based compression types such as PIZ, Zip16, DWAA and DWAB, whether locally from disk or off of a network. 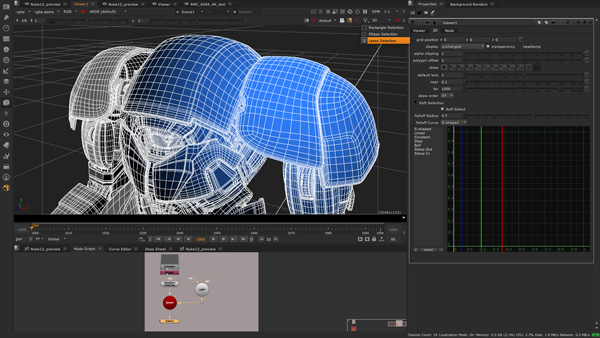 GPU-accelerated Inpaint and EdgeExtend nodes contain fine detail controls and contextual paint strokes that contribute to faster, more natural workflows for common, everyday tasks. For instance, you can use EdgeExtend to erode or dilate the sample region to pull pixels from deeper inside an alpha channel, and have the ability to recover the original detail and noise with no further artefacts. The Inpaint node is used to create contextual paint strokes similar to the Healing Brush in Photoshop, meanwhile controlling the level of detail, or taking the detail from another part of the source image or entirely from a second image. 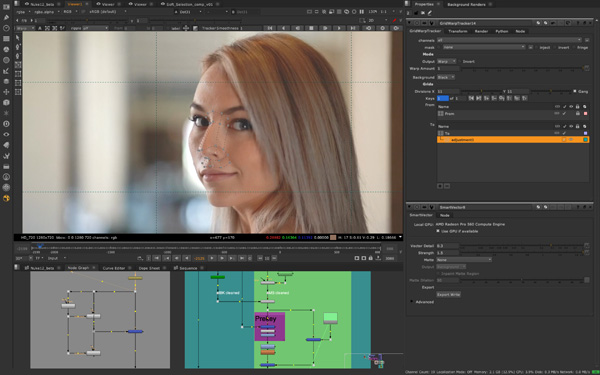 A new node extending the Smart Vector toolset in NukeX is Grid Warp Tracker, which uses Smart Vectors to drive custom defined grids for match moving, warping and morphing images. With a 'To and From' grid workflow users add and copy tracking data between grids, and can retest or make amendments without losing the original data or having to create a backup version. Only available in NukeX, it’s possible to set multiple grids for finer adjustments, as well as using the Smart Vectors to drive the grids.

Most of Cara VR’s nodes are now integrated into NukeX, including a group of GPU-enabled tools for VR and stereo workflows. To help manage camera solving and clean-up workflows, Cara VR’s Camera Solver makes setups with multiple cameras easier to manage by allowing artists to toggle between custom camera setups and solve, to generate a single image. The CameraIngest nodes allow you to import the cameras from CG or other applications to use with the Camera Solver.

As part of this merge with Cara, VR headset support will be available across the other Nuke software as well, including in Nuke, Nuke Studio and Hiero. 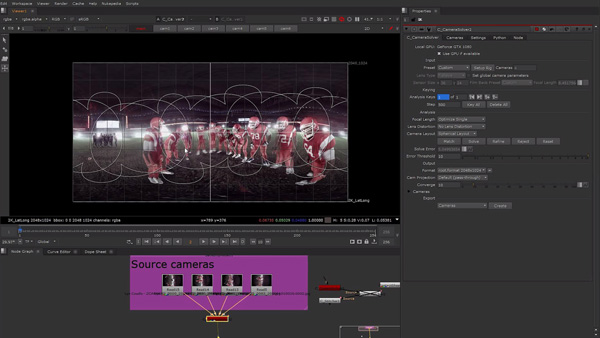 Most of Cara VR’s nodes are now integrated into NukeX.

Nuke timeline-based tools - Nuke Studio, Hiero and HieroPlayer - have a new playback engine, rebuilt with new timing and control logic for playback stability and performance. The engine has been optimised to handle the I/O demands of colour managed workflows with multichannel EXRs, especially at higher resolutions and frame rates.

To continue Nuke’s compliance with industry standards and file formats, Nuke 12.0 includes core libraries updates following VFX Reference Platform 2019, which means Nuke can use the latest versions of Qt and OpenEXR. The RED file format SDK has been upgraded to v7.1, including support for CUDA-based GPU decoding of RED files in Nuke and NukeX, and Sony SDK v3.3 adds support for v4 of the VENICE camera and X-OCN XT files. 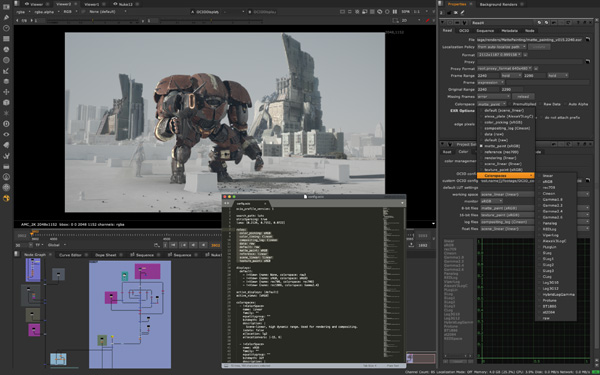 Support for OCIO roles allows users to set custom role names as an alias for a specific colourspace.

SDKs for Blackmagic Design and AJA monitor-out cards have also been upgraded to the last major versions, and the Nuke applications support reading of DNxHR encoded .mxf files.

Nuke software now supports OCIO roles, which allow you to set custom role names as an alias for a specific colourspace, making it easier for artists to know which LUT to use and to share scripts between projects or facilities. Artists still have access to all the same colourspace options as before, but now the roles can act as a quick way to understand the colour workflow of a given show. Error handling has been edjusted so that when artists are switching between shows, no confusion remains over which roles or LUTs are available or should be used.  www.foundry.com