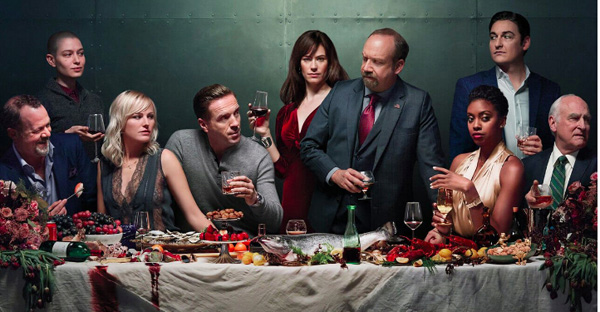 VFX studio The Molecule operates on both coasts of the USA, opening first at their headquarters in New York in 2005 and then at a second facility in Los Angeles. Recent work includes shots for episodic television series ‘Ballers’, ‘Billions’ and ‘Happy!’, and the thriller movie ‘The Report’.

For some time they have used Amazon Web Services (AWS) to render complex CG shots with cloud-based resources, so when figuring out how to set up their artists to work from home, the studio investigated using AWS-powered virtual workstations.

“We had already built a virtual private cloud (VPC) on AWS for rendering, so linking our artists to virtual workstations wasn’t a far leap. The goal was to create a secure, in-home experience that closely matched working in the studio,” said The Molecule Founder Chris Healer.

“We also found that by using virtual workstations we could give artists access to high-performance machines more easily, equipped to handle the complex simulations required to create effects like smoke, fire and liquid. Rather than investing in new 96-core, 1 TB RAM machines that we own full time and have to maintain, the artists can log into AWS, work, log off and power down.”

Normally, The Molecule would purchase physical machines in batches of ten or more, requiring a sizable investment. Virtualising its workstations has given the studio access to increased GPU power as their work requires it, for an hourly cost. So far the studio has deployed various AWS virtual workstation configurations, including G4 instances, which include NVIDIA T4 GPUs and Quadro hardware, and are optimised for VFX and animation workflows with up to 100 Gbps of networking throughput, and up to 1.8 TB of local NVMe storage. 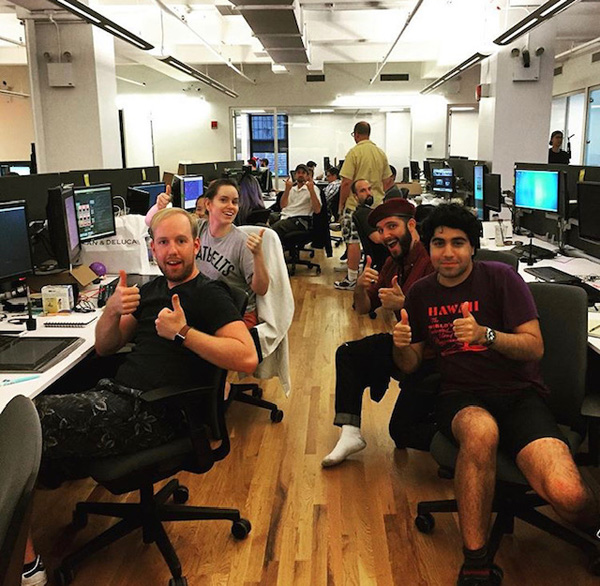 Times have changed at The Molecule ...

Linux-based virtual workstations are used to run Autodesk Maya, Foundry Nuke, SynthEyes, and Boris FX’s Mocha. They can also use Autodesk Shotgun production management software and custom in-house tools to complete the pipeline. This set-up connects the virtual and local equipment together across the New York and LA offices, which constantly share files. The Molecule also uses local Mac workstations when creating content in Adobe software like After Effects. Storage is hosted on-premises in the New York studio and connected to AWS over VPN.

Compositing Artist Jesse Speer and CG Artist Nico Del Giudice were among the first to test The Molecule’s virtual workstation deployment. Jesse usually has a three-hour roundtrip commute from New Jersey to the New York office and said, “Working from home is a massive improvement in terms of quality of life, and in a lot of ways using virtual workstations is better than being in the studio.

“Some local workstations are more desirable than others, depending on where they are in the hardware lifecycle. With virtual workstations on AWS, artists can always have their ideal specs, and have more scope creatively because they can iterate more quickly and have more room to experiment within the budget, instead of worrying about clogging up the system.”

Nico Del Giudice said that cloud operations had already won him over when they started using AWS for rendering. “We have quick turnarounds working in television VFX and trying to execute massive 4K renders locally just isn’t feasible for us. With AWS, we realised our farm could be much stronger and we could access whatever power we needed to not only work more quickly but also create higher quality work. This applies to final renders and also to interactive rendering on virtual workstations.” 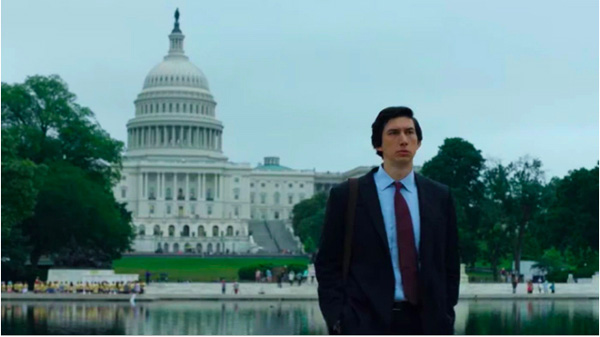 The Molecule initially deployed virtual workstations as incentive for artists to occasionally work from home, and to increase their ability to scale compute power on demand. When working remotely became necessary, studio-wide and worldwide, all artists now securely access the studio’s local network via virtual workstations, connecting their local setups to AWS using Teradici’s PC over IP (PCoIP) streaming protocol.

Each morning, artists are emailed login credentials for the day, including licensing information for the digital content creation tool they’ll use. Outside of AWS, artists also access the company’s custom portal locally, which runs low-compute tasks like Slack and time-logging.

“The transition to remote working has been pretty straightforward and our workflow has been largely unaffected,” said Nico. “I log into my virtual machine with my home internet and I’m up and running on AWS within seconds. I can do what’s needed in Maya, whether 3D modelling, screen sharing, rotating models or rendering 4K image previews.”

Jesse said, “With virtual machines, changing workstations is instantaneous and doesn’t alter your physical setup. It may seem trivial but when you have to make ergonomic adjustments, such as swapping a keyboard, chair or desk, it can hamper your creativity, whereas using AWS removes those limitations. Although person-to-person encounters that happen at the office are valuable, in some ways, remote collaboration has fuelled our studio’s creativity. I have noticed increased input from some of our more introverted artists.”

The Molecule currently has almost 40 users on virtual workstations with AWS, giving them the means to scale with demand. They run on the US East AWS datacentre and are connected to The Molecule’s Manhattan headquarters via virtual private cloud. Chris Healer considered, “We’ve been in the VFX industry for 15 years and, in that time, built seven office spaces across different cities, refining our setup each time. Interestingly, that has taught us that you can’t exactly replicate a local system.

“With AWS, we’ve built a virtualised setup that’s well-documented so that it can be recreated and deployed in any region. We change and upgrade our AMI (Amazon Machine Image) daily and implementing a change company-wide is easy. I’m familiar with other remote VFX workflows but have yet to see one that offers a level of customization as high as AWS.”

Amazon uses an AMI, a pre-configured virtual machine image ready to run on a hypervisor, to create a virtual machine within the Amazon Elastic Compute Cloud, EC2. The AMI’s main component is a filesystem image that includes an operating system and any other software needed to deliver a service.

When artists return to The Molecule’s physical studios, Chris envisions using AWS virtual workstations to extend the life of on-premises hardware. He said, “We have a lot of previous generation computers, so being able to stream a powerful machine like a G4 instance, on an older workstation with AWS extends their shelf life, giving us far more ROI. Having the flexibility to scale to service peak moments, and hire artists who can’t physically come into the office is also a valuable asset.”   aws.amazon.com