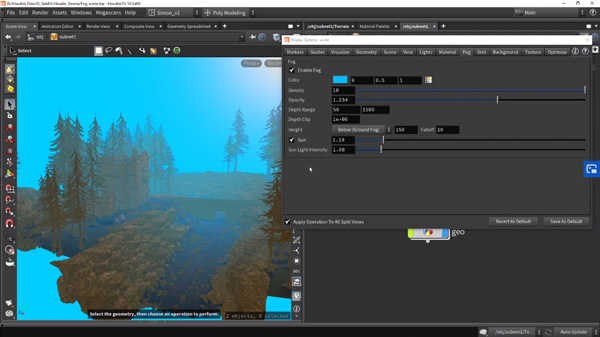 Under Houdini's daily build program, functionality under development for the next major release can become candidates for backporting, the process of taking parts from a newer version of a software system and porting them to an older version. In the most recent Houdini 18 Build 499, several different production-ready functions, developed since the H18 release, are made available early.

Topo Transfer takes a source mesh and deforms it organically to match the size and shape of a target mesh. Internally, this tool deforms the reduced version of the original source mesh, and then propagates the deformation to the source mesh. For more control, you can set up user-defined landmark point correspondences between the source and the target meshes to improve the deformation’s quality. 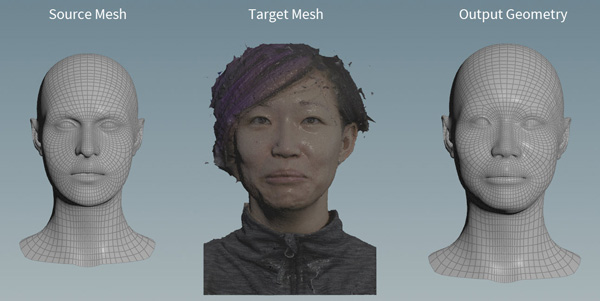 The deformation is performed in a series of iterations. The source mesh is usually more rigid at the beginning of the deformation process, which allows the node to capture the overall size and rough shape of the target mesh, and less rigid towards the end so that the node can capture small shape details. But you can also control the rigidity of the source mesh throughout the iterations. Alternatively you can set up and control the influence of user-defined landmark point correspondences between the source and the target meshes to improve the deformation quality.

Path Deform bends geometry to follow the shape of a curve. From there, you can apply secondary deformations such as scaling and twisting. You can create a long flexible object such as a belt as a straight model and then use this node to deform it into the desired shape. You can also use the curve to animate the deformation of static geometry such as a cracking whip or animate the mapping of geometry onto the curve, to make a swimming shark follow and bend along a preset path. 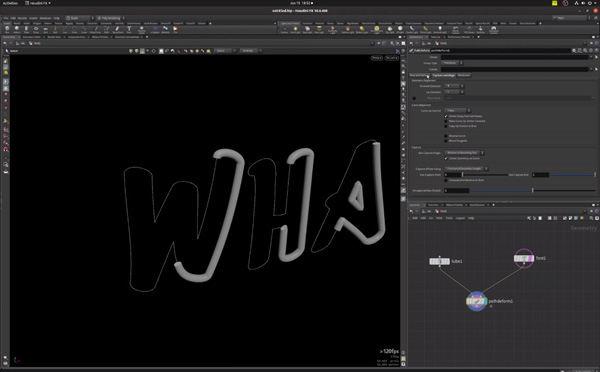 Instead of  generating geometry, this node reshapes an existing model by mapping the curve’s variation from a straight line onto the points of the model.

The Unity plugin now allows connecting to and synchronising a session of Houdini Engine running inside Houdini. The state of Houdini Engine can be viewed in Houdini while working with the plugin in Unity. Changes you make on either end, whether in Unity via the plugin or in Houdini via its various interfaces, will be synchronised to allow both applications to make changes and see the same results. An advantage of the connection is real-time feedback when building an asset in Houdini and seeing its results in Unity. 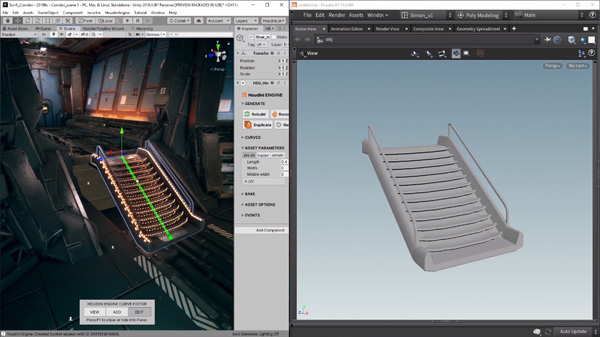 The 3D viewport now has display options for adding uniform fog effects. You can visualize this fog using OpenGL with controls for density, opacity, height and depth range. You can also add a distant light to act as the sun and control how the sunlight interacts with the fog. This fog can be rendered to disk with the OpenGL ROP.

Random Walk Subsurface Scattering is a new type of Subsurface Scattering (SSS) that works as a path traced system that simulates light bouncing around inside the object until it exits. You can use this method to retain detail and avoid energy loss around fine edges. This method of SSS has been developed for the Karma renderer (in beta) and is not available in Mantra. This feature is built into the Principled Material. www.sidefx.com