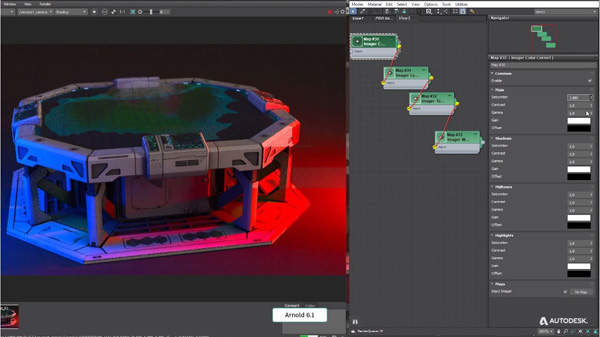 Autodesk 3ds Max 2021.3 has new remeshing algorithms, faster GPU rendering with Arnold 6.1 and a security upgrade to improve workflows for artists working in design visualisation and media and entertainment environments. Autodesk has improved the software’s Viewport, the materials and shaders, and the object selection methods for the newer HD and 4K monitors.

Users can create PBR or Physical Materials faster by using a new PBR Import to load a range of PBR texture files. When compiling shaders for Viewport display, information about the remaining number of shaders to compile is now visible in the status bar.

Changes to the Viewport make it possible to render at various resolutions in the active shade viewport, speeding up rendering previews when working with high-resolution monitors. Bloom can also be enabled in the viewport with adjustments for apply on background, quality & radius, strength, tint, threshold & smoothing and dirt map. 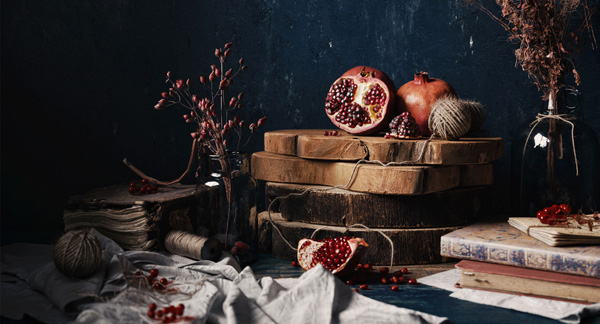 To speed up rendering previews when working with high-resolution monitors, users can render in the Active Shade viewport with 1/8, 1/4, 1/3, 1/2 resolution. Viewport representation of Point Cloud data is also better due to implementations of a new colour/spectrum ramp and a new shader for intensity and elevation within 3ds Max. This means the representation of point cloud data now matches the way it is displayed in Autodesk’s ReCap 3D scanning software.

The Path Deform modifier in 3ds Max has been rebuilt as new and completely refactored, restructuring its code to alter its internal structure – without changing its external behaviour and while remaining backwards compatible with older scenes. New features such as per element deformation, support for multiple curves in the path and loopback are added , with stability and quality improvements that give a smoother overall experience. 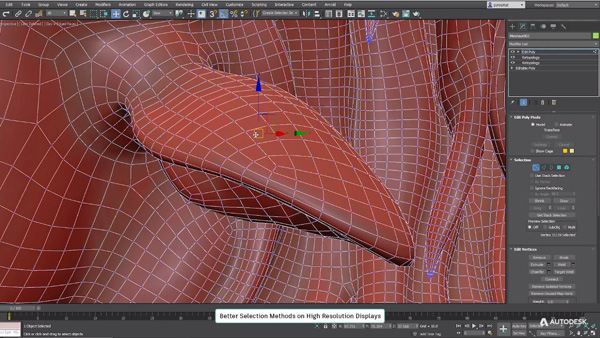 Optimising the selection radius makes it easier to select objects and components in your scene. By improving the software’s selection pixel radius for HD monitors, 1080p through 4K, 3ds Max no longer sets a fixed value and is now able to automatically adjust the selection radius to the monitor resolution.

Further customisation is available in the Viewport settings. When 2021.3 is launched, it will automatically adjust to the monitor resolution that you are running. Other improvements to selection methods in 3ds Max are hit detection for selection (using the mouse), and improved depth-cycling when a component is obscured by another of the same type.

Wider Spline Chamfer functionality allows you to control which knots – the start and end points of a curve segment – are influenced by the chamfer/fillet using a new minimum angle parameter. Upgraded calculations have also improved how knot positions are determined after a fillet or chamfer to further enhance the output results. 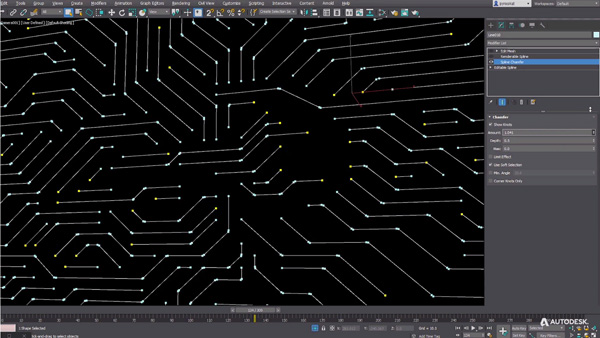 Use Spline Chamfer to control which knots are influenced by the chamfer/fillet.

A new Minimum Angle Threshold is added to the Spline Chamfer modifier, which applies a fillet or chamfer to a spline using knots passed up the modifier stack. Users can control which knots are influenced by the chamfer or fillet through a minimum angle parameter. Calculation of knot positions after a fillet or chamfer has also been improved for better output results.

Three new remeshing algorithms – Delaunay, Adaptive and Variable Curve – are added to the subdivide modifier in order to improve the ability to remesh and retriangulate mesh data within 3ds Max based on a value for the length of the edge. Delaunay is for regularity. Adaptive creates uniformity between unconstrained edges, and Variable Curve builds on the Adaptive results to enhance the triangulation on creases and corners. The new algorithms allow you to preserve existing mesh data on the output result.

The default initial Maxscript heap size (scripting memory allocation) has been increased from 15Mb to 100Mb for more performance when multiple script commands are executed. 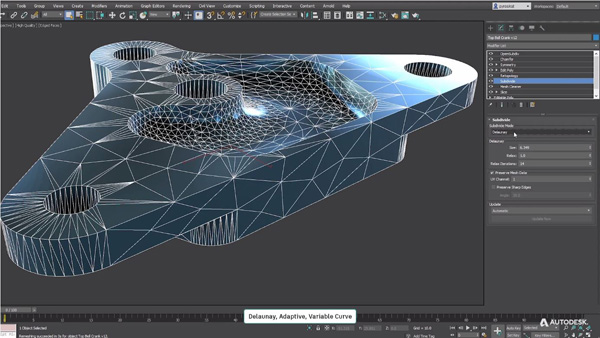 Upgrades to project security in 3ds Max include blocking of potentially malicious scripts based on file attributes. 2021.3 users are also protected against known malware by the latest version of the 3ds Max Security Tools v1.3. To help diagnose issues and audit possible security incidents, all loaded scripts are also logged.

To do this, the Retopology modifier analyses the geometric mesh data below it on the modifier stack and then reconstructs the mesh data. Users choose from various algorithms to match the requirements of their workflow. 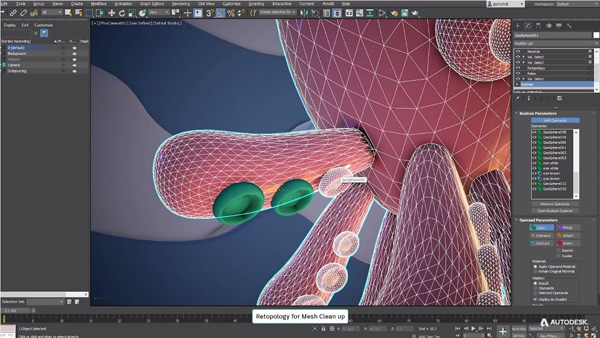 The ReForm Algorithm is used to follow the curvature and shape of incoming mesh data to generate accurate new quad-based data. This is effective on most types of mesh data, including scanned, sculptural, generative or modelled. An artist can guide ReForm results by using existing mesh data such as smoothing groups, material ID boundaries, UV data, Boolean Seams, Normals, edge selection or angle variance.

The Instant Meshes algorithm automates the retopology to produce new quad-based topology very quickly, approximately following the input mesh data. It works well on scanned or sculptural data when a close approximation is needed. The Quadriflow algorithm, on the other hand, uses an automated retopology quadragulation method that is a bit slower than Instant Meshes but usually produces better results and follows the input topology more closely.

The Mesh Clean Modifier analyses and automatically repairs mesh data imported from other 3D applications. Such data may be malformed and have other problems that not only affect the Retopology modifier’s ability to reconstruct your geometric mesh data, but can affect the ability to work in 3ds Max as well.

3ds Max 2021.3 is now available as a standalone subscription or with the Autodesk Media & Entertainment Collection. Autodesk 3ds Max Retopology Tools v1.0 is available for download in the Autodesk Desktop App or Autodesk Account Portal.   www.autodesk.com