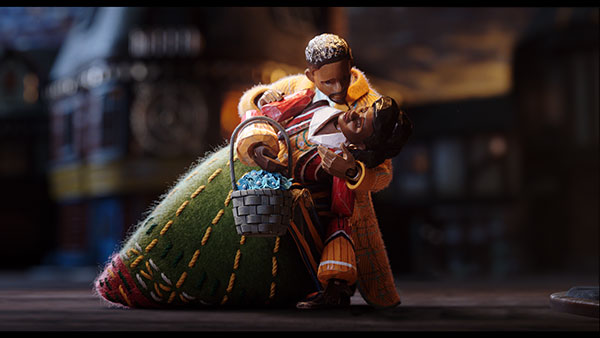 Ian and Johannes will give a talk on this project at AEAF in August. Watch AEAF Speaker Lineup over the coming weeks for news about this and other AEAF Speaker Sessions.

The CG sequences begin and end the film, and create narrative bridges for important parts of the story about the family of toy maker Jeronicus Jangle. ‘We wanted these storybook sequences to be told in a way that Jeronicus the toy maker would tell them, something that would reflect his eccentric, inventive character,’ Ian said. ‘So I came up with the idea of a miniature mechanical, clockwork world, all contained within the actual book itself. Tiny hand crafted wooden versions of the film's characters play out scenes in tiny little mechanised sets that self-assemble.’ 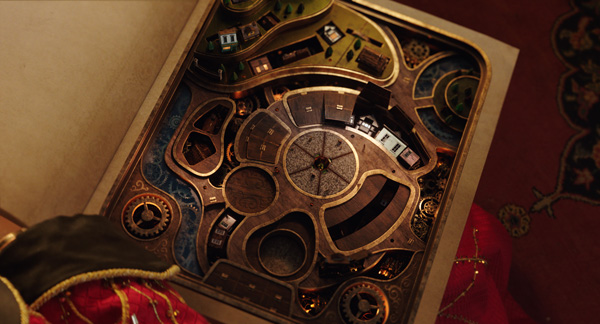 The sequences have a continuous flow as if shot in one take. This was worked out early on with Framestore Pre-Production Services, planning how the camera would flow from one scene to the next.

The idea that Jeronicus created this world served as the definition of how everything would be designed and executed. ‘We wanted to sell the idea he’d actually carved, painted and rigged up these automated figures and sets,’ said Ian. 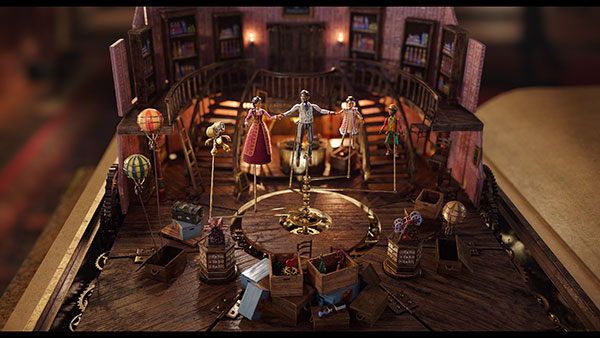 They defined the laws, restrictions, materials and tools of a real, handmade world, and from there designed their 3D workflow. Tangibility and imperfection were essential, as were working within limitations and demonstrating restraint.

All the sequences’ buildings were designed to fold up and self-assemble with visible hinges and joins, and the background characters that fill the environments were flat hand drawn illustrations transitioned to 3D assets through a custom-built procedural tool that added texture, basic appendage joints and signs of wear and tear. 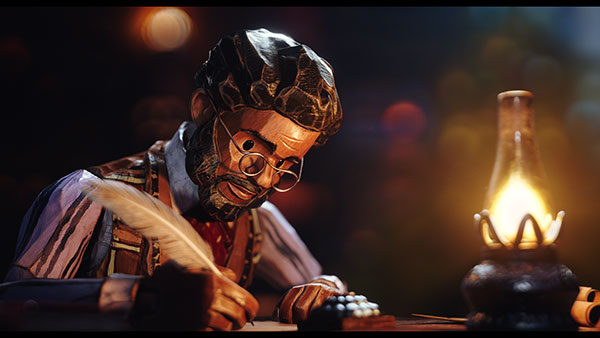 The animated performances needed a strong emotional response from the audience because they reveal character motivations seen throughout the film. The many rules and use of narrative to drive the scenes resulted in an automated style of animation. This made sure that every movement was considered and justified by the mechanics of the tiny world.

The goal was to maintain the impression that the characters were wooden objects, moving as a result of mechanisms, leaving it to the team to work out how to communicate their emotional responses with wooden figures and static facial expressions.  www.framestore.com 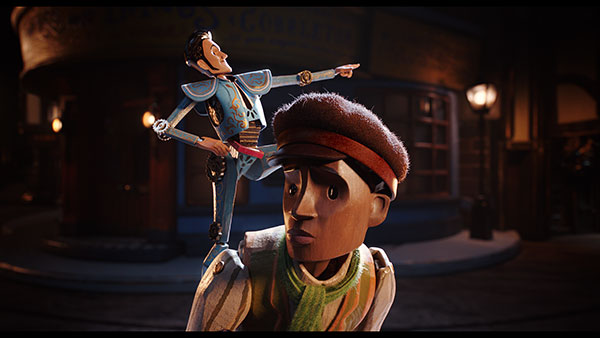 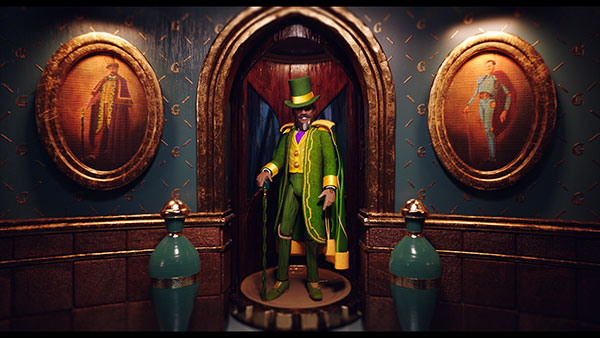