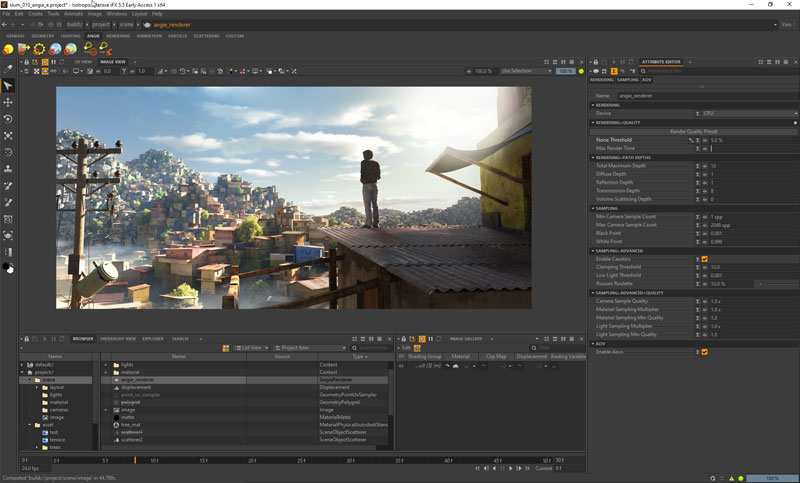 The early access release of Clarisse 5.5 is now available with its new renderer, Angie, developed specifically to integrate directly into Clarisse’s interactive CG workflow. In order to give users as much performance and flexibility as possible, without compromising the final result, Angie creates options for users to render on a CPU, GPU or both combined. Users with a Clarisse license, including Personal Learning Edition (PLE) and trial licenses, can download the early access build of Clarisse 5.5.

Angie adds more rendering power to Clarisse to support CPU and GPU final rendering based on NVIDIA OptiX hardware-accelerated ray tracing. It can work alongside or in place of the existing Clarisse renderer, which will remain part of the software, to increase speed. Angie’s hybrid approach and simpler controls give more types of users quick access to performance and consistent quality whether on a CPU or GPU. 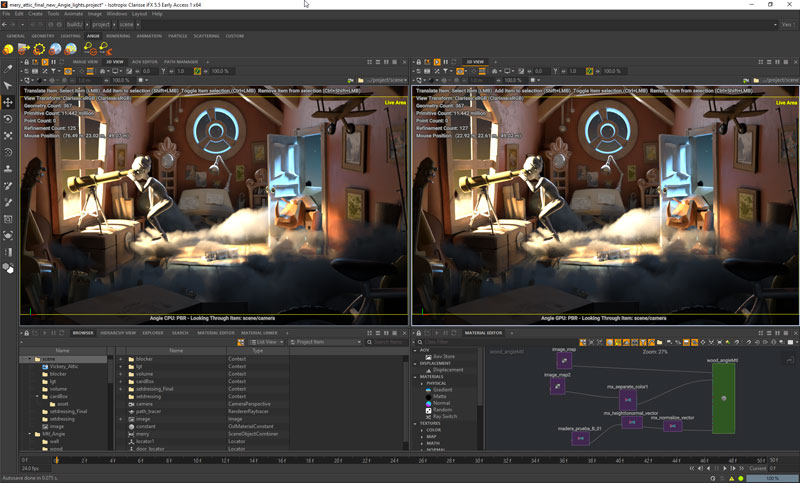 The CPU rendering engine in Clarisse has been developed and earned a following over time for speed and interactivity. CEO of Isotropix Sam Assadian said, “But Angie is different. When using Angie, the CPU can render images on average twice as fast as the classic Clarisse renderer. Because the GPU on a high-end laptop is on average six times faster than the CPU, Angie can achieve results up to 12 times faster than the classic Clarisse renderer. Therefore, for independent and small studios, Angie has the potential to put the power of a small render farm immediately to hand.”

Isotropix has also built a level of VFX standards compliance into Angie, adding full support for Open Shading Language (OSL) to make Clarisse more open and customisable, which is helpful to users who wish to design custom shaders that run equally well on a CPU or GPU. Angie supports MaterialX as well, an open standard created by Lucasfilm for the transfer of dense, varied material and look-development content between applications and renderers. This support means users can import and export look development to and from Clarisse more easily, again, with no compromise to image fidelity. 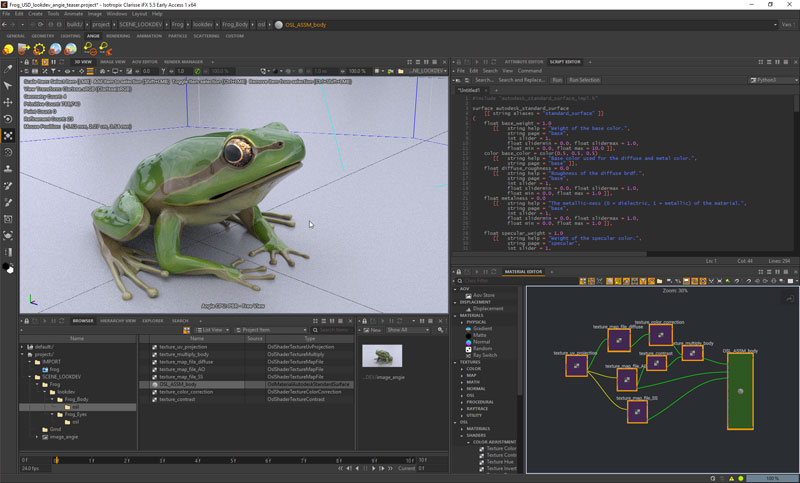 Angie has a new Previz render mode that Isotropix says renders on a GPU up to 20 times faster than a CPU, which allows Clarisse users to work very close to real-time. Combined with the NVIDIA OptiX denoiser, this update delivers fast photorealistic feedback on set dressing, lookdev, previz and art direction of production-ready environments.

John Ison, director of media and entertainment partnerships at NVIDIA said that, after working for some time with Isotropix to bring GPU rendering to Clarisse, they believe that Angie represents a major step toward real-time, final-pixel rendering,” he said. “Now, with the added power of the GPU, many more types of users will be able to reach a very high level of photorealism, in near real-time, with Clarisse and Angie.” 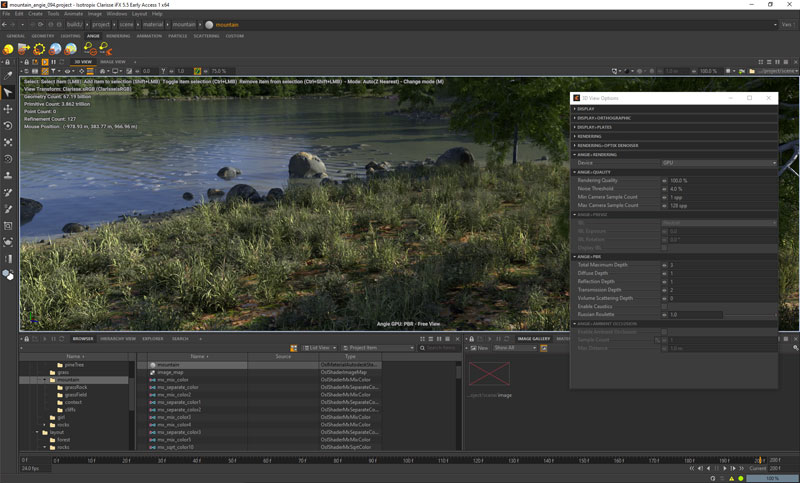 Early Access for Clarisse 5.5 with Angie is available from the Isotropix website starting 8 December 2021. Existing customers can get a first look at Angie using their current license. New users can start testing with a Clarisse trial or evaluation license, or the PLE. Visit angie.isotropix.com for more information. www.isotropix.com