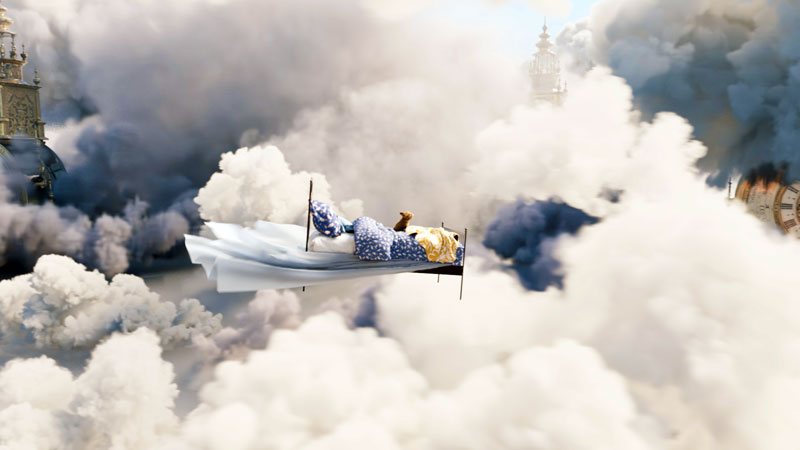 A surreal journey through a nightmarish and fantastical dreamland forms the story for a music video titled ‘Colors and Shapes’ by the late recording artist Mac Miller, released in September 2021, produced by Hornet Inc and directed by Sam Mason.

Taking inspiration from 1980s and ‘90s animation, including the animated feature ‘Little Nemo: Adventures in Slumberland’ (1989), Sam immerses viewers in an ethereal world to follow Miller’s dog Ralph as he explores hypnotic sequences that shift from sinister to serene, encountering giants and floating through space. 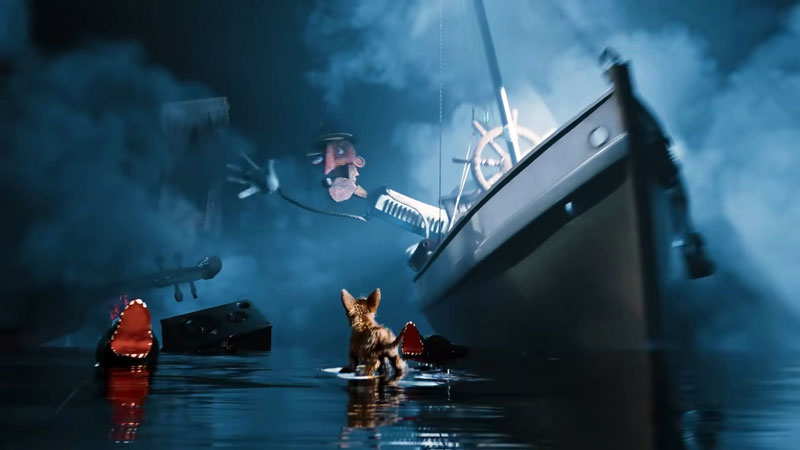 An experienced 3ds Max artist, Sam worked as part of a small, close-knit team to complete the project. “The overall concept for the film was integrated with the different types of tools available and accessible to my team – everything from massive scatters for environments to heavy cloth simulations and smoke. Combined with all of that data, these techniques added a sense of scale and complexity to the film, without necessarily requiring an army of artists to work on it,” Sam said.

Sam used Bifrost to manage the project’s many complex scenes. “The film’s concept relied on those effects, and when I discussed my vision with the producer, we moved forward on the understanding that I would handle any aspects of the project that we didn’t have resources for. It was up to me to actually execute it and, through using Bifrost, I ended up being able to do everything I had intended.”

Sam created the majority of the project’s effects in tyFlow, a particle simulation plugin developed for 3ds Max by Tyson Ibele. TyFlow can be used in place of 3ds Max’s Particle Flow, as it handles particles in the same way and applies the same concepts, but adds many new operators for mesh fracturing, C-scripting, particle binding and PhysX simulations. It is also multithreaded, and natively supports various renderers. 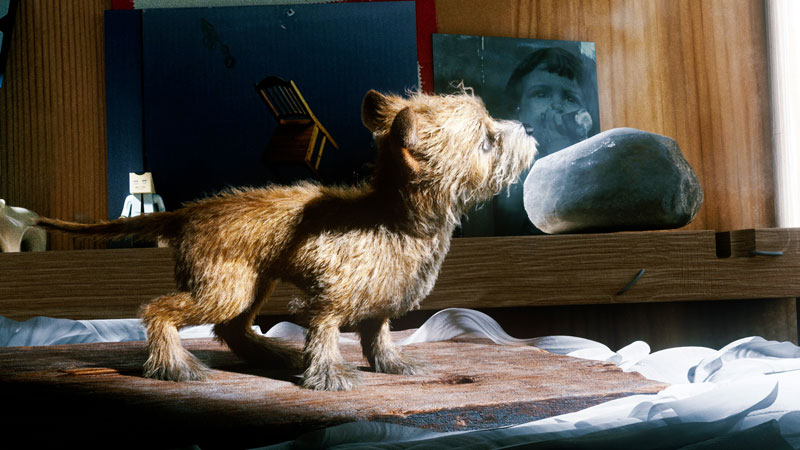 Sam needed a way to import the effects data – including clouds, cloth and large rigid body simulations – into Maya, where most of the team’s artists were working. “Bifrost became a pivotal component of the entire project, because it’s not only a tool to create effects from scratch. I also discovered that it’s a simple way to move data from any effects pipeline into Maya,” he said.

“Instead of exporting actual objects or geometry from 3ds Max, I just exported the particle data – a point for each component that made up each effect. Bifrost would rebuild the scattering system and render it accurately, so that you could playback effects like the massive giants in real-time, which was pretty impressive to our team. Those scenes were very light in Maya, because of Bifrost’s efficiency at handling instancing and scattering.” 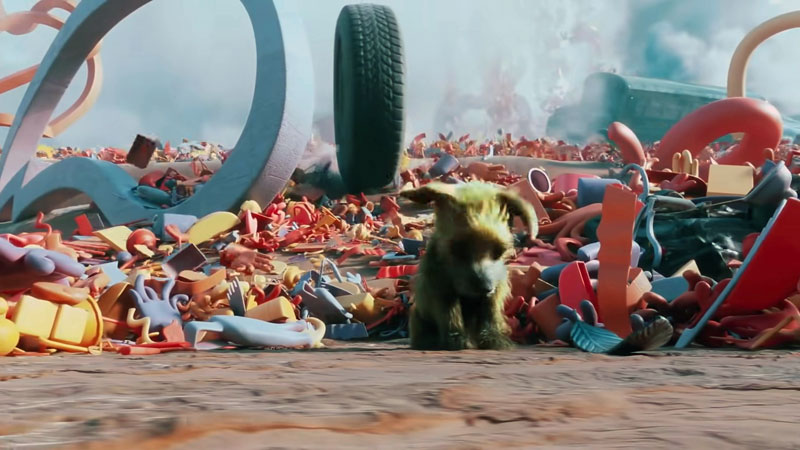 Bifrost was used on almost every shot and became essential, either as a scattering tool or a method to natively bring massive simulations from tyFlow into Maya. “Rather than having to render every shot outside of our pipeline, on this project, we were able to render everything in Arnold with Maya. I don’t think this would have been achievable without Bifrost,” said Sam.

Though he was new to Bifrost, he found support from a community Slack group. “Once I understood the tool’s abilities and logic, it took only a week or two of problem solving to figure out how to bring in the data from 3ds Max. It was an intuitive process, and I found Bifrost’s scattering tools to be very artistic and easy to use,” he said. 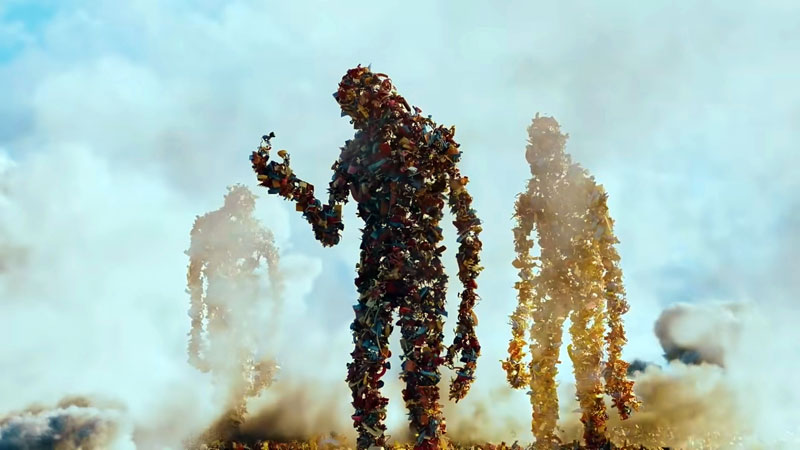 The project workflow’s use of light particle data instead of geometry made it possible for the team to communicate and share simulations via Slack. The giants were among the largest simulations, but comprised only a few megabytes of data. Working with light data kept the workflow moving rapidly and, with their small team size, they could all communicate clearly despite working remotely during the pandemic.

Looking ahead to the future, Sam would like to continue finding new ways to create complex effects with smaller teams, using tools such as Bifrost. He said, “Effects work is typically the hardest and most complicated part of larger productions. Taking an exploratory approach with emerging techniques, using tools like Bifrost in new ways, makes remarkable effects work possible for smaller teams and facilities.” www.autodesk.com