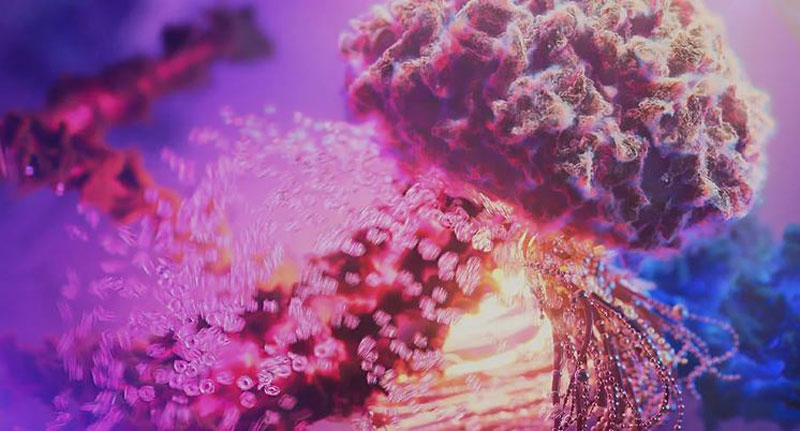 The new version 5 release of Katana from Foundry includes Hydra Render Delegate support and other render upgrades like Foresight+, interoperability between Katana and Nuke, and improvements to USD and Look Development workflows.

Katana 5.0 connects Nuke with Katana. Using Nuke bridge, look development and lighting artists can now stream live renders to a running version of Nuke and view their work in the context of the final composite in near-real-time. The artists can see any changes they make in Katana, updated automatically in Nuke, and do not have to wait until all of their work is complete and rendered out before seeing it in the context of the composite. It is also useful for anticipating needs further down the pipeline.

Katana-Nuke interoperability creates several options, such as rendering separate layers and seeing them composited together quickly, without leaving Katana. Users can experiment with grading, depth of field or denoising while still being able to make material or lighting changes within Katana and watch the composited results update live. Nuke bridge can also be used to stream multi-pass images and preview the beauty pass or AOV contact sheet in Katana.

Opening Nuke itself to preview the composite is not necessary. Feeding Nuke scripts into Nuke bridge either streams the renders to a headless version of Nuke, or launches Nuke to run concurrently before streaming the results back into Katana. 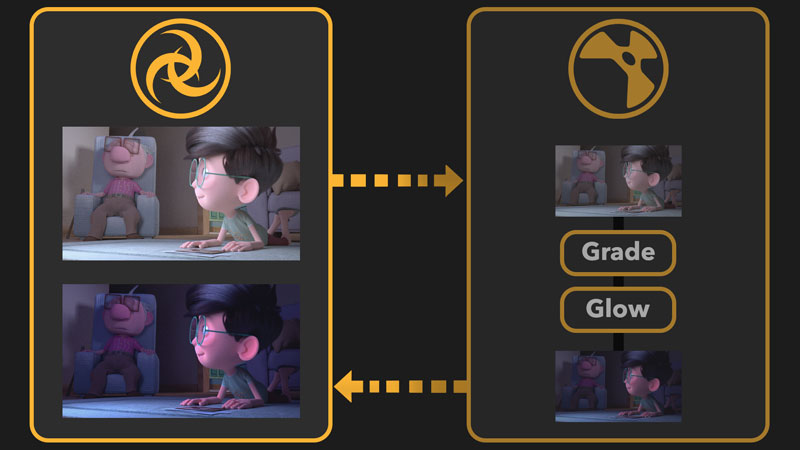 Nuke bridge runs in three different modes. Preview comp displays a snapshot of Katana renders in the context of a Nuke comp. Live comp uses Katana’s live rendering – artists can make changes to their scene and receive updates as their changes are fed through Nuke. Interactive comp launches Nuke with Katana so that the artist can work in both applications side-by-side, while making changes.

Foresight+ is a continuation of the live rendering functionality introduced in version 4.0 as a useful way to work on sequences. It is now possible to work on as many shots as needed from one template, while live rendering continues. You can watch and follow how each change you make in one shot, affects all the other shots in a sequence - live, while you are still working inside Katana. Having this foresight means you can enhance the look across all shots without waiting to view dailies further down the track, and avoid surprises.

In Foresight+, multiple live renders are set off simultaneously. Users can see their changes as they update the shots straight away. This makes multi-shot workflows and working with asset variations easier, and you can also use Foresight+ to make changes to individual shots during a live render without those changes affecting the other shots in the scene or slowing the process down – an update is only triggered in the renders of directly affected shots. 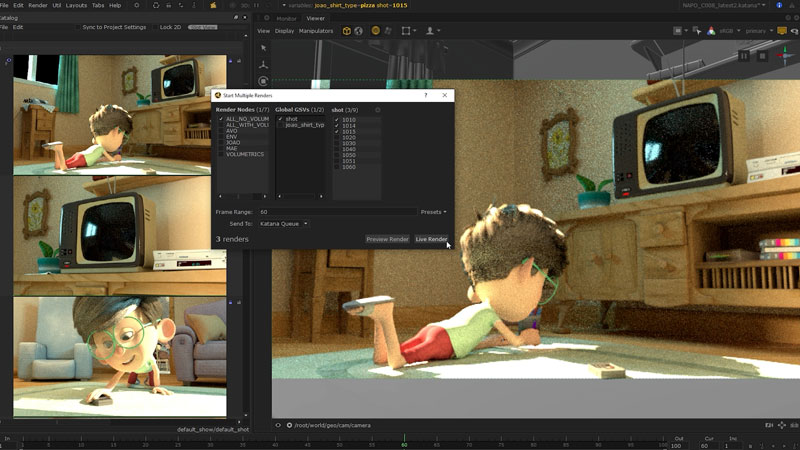 Foresight+ also has the ability to pin global graph state variables and frame attributes in the catalogue. This pinning ability pauses live renders for a given parameter until required, or the artist is ready. At the right moment, the lock can be released and the live render triggered.

The new sync-to-project settings checkbox updates global settings based on which catalogue entry is in the foreground. Enabling this tool updates the scene graph frame and graph state variables to match the selected render in the catalogue, and allows you to work in the context of your renders.

The USD workflow in Katana 5.0 has changed so that a lighting team can import and export lighting information from Katana, to help them collaborate with other departments on a project. The final lighting design and choices are made clearer and, by iterating in parallel, the departments can use the information to arrive at the final image sooner.

This functionality has been achieved by adopting the UsdLux lighting schema and increasing the export capabilities of the USD material bakenode. You can export lights out of Katana and into other Katana projects or content creation packages that also support exporting USD lighting information. As well as exporting lights, Katana users can import lights from other projects or applications to allow round tripping with other departments. A custom schema is now available in the USD plugins repository that customises the behaviour of light data and map light attributes coming in.

Foundry’s Network Material workflows have changed in Katana 5.0 as well. New support for Material Macros and User Parameters on Shading Groups makes it possible to reuse parts of shaders between node graphs, projects and also other users. This simplifies and speeds up the look development process, from Material creation to customisable, reusable shader networks.

The user parameters themselves are also easier to re-order, update and edit in the UI. Default values will auto-fill and you do not have to open a dialogue to promote a parameter. You will also be able to see an accurate preview of how your parameter will look once promoted.

Katana was one of the first applications to include a Hydra-based viewport but Foundry has not developed its own render delegate, until now. Katana 5.0 officially supports render delegates from its render partners, and is supplied with a new in-house render delegate named AVP, or advanced viewport. Consequently, artists can choose their viewer quality, to give either a GL-based preview approximation or a path-traced final look.

The AVP delegate has been available in Modo and Mari, and is now supplied with Katana, displaying a more complete preview of lighting setups and assets within the viewer. It includes ambient occlusion, reflections, transparency and a better representation of shadows, lights and other features. Users see a more accurate, higher quality representation of scenes when authoring materials or placing lights, without waiting for a render. 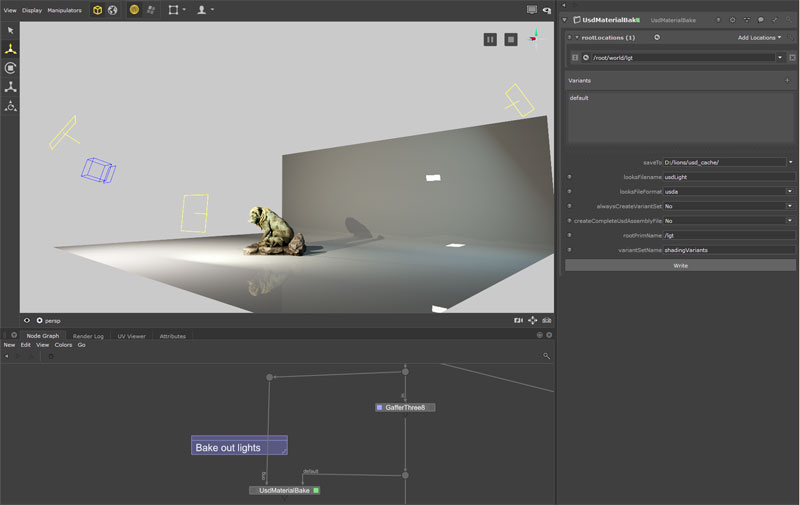 Render delegate settings in the display tab allow full customisation and optimisation of the delegate without having to wait for a render, customising how scenes are viewed. Furthermore, when using USD assets, you have the ability to enable or disable purposes as a way to optimise scenes. New selection options now allow you to customise how selected elements are highlighted in the viewer. Non-GL delegates can also be stopped or paused, allowing the user to regain interactivity, make changes and then resume the delegate.

Instances can now be viewed within the Hydra-based viewport to help with highly instanced projects. Previously you would need to launch a render before displaying instance information.