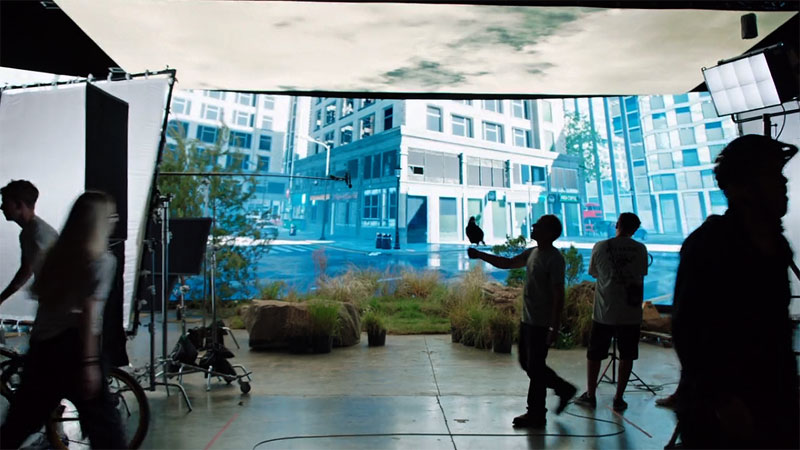 Video production, post and applications are evolving and expanding rapidly around the world. Various new developments and innovations that got underway and gained momentum in 2021 look certain to continue growing in 2022.

Virtual production, volumetric video, digital humans and remote work are a few of those innovations that proved they were more than trends – they are here to stay. Digital Media World talked to three companies that have been working in these new areas, asking them what they consider to be their next challenges in 2022.

At Ncam, we spoke to CEO Nic Hatch, who co-founded Ncam in 2012 to develop virtual production techniques and systems for film, TV and broadcast. He has no doubts that 2022 will be the year of virtual production, though real-world experience is lacking. “In the coming year,” he said, “we will likely see expanded educational opportunites at schools and universities, as well as more facilities like our training studios in Prague and Rio de Janeiro. 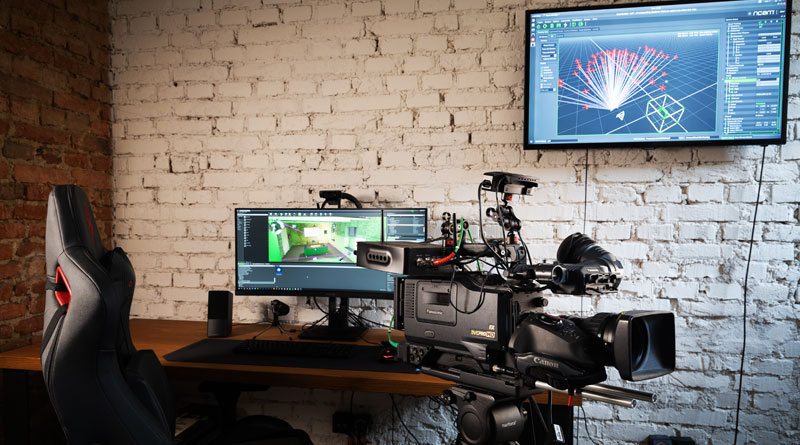 “Although many excellent technologies are available now that help deliver on myriad virtual production scenarios and setups, few companies or individuals have successfully achieved multiple projects, and fewer still that have the ability to scale. While online training enables users to experience the flavour and functionality of some technologies, it is extremely hard to construct real-world scenarios -- be they virtual or physical -- and even harder to replicate real-world pressure and the need to troubleshoot and find solutions in real time.”

“In the future, Virtual Production roles will undoubtedly become the norm,” he said. “Some of these will be progressions from existing roles within VFX, but we are also likely to see movement from other departments, including DIT and camera, and entirely new jobs that spring from within VP itself rather than from existing departments.” 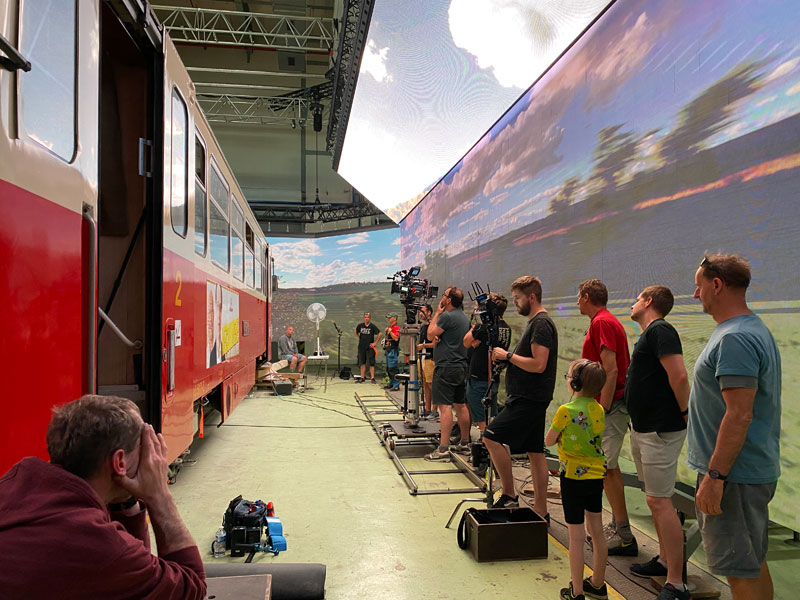 Exciting opportunities are coming up for individuals and companies that are looking to embrace new technologies and workflows, as well as for those looking to re-train and learn new skill sets. Ncam is currently figuring out how to ensure that anyone who wishes has the ability to gain real-world experience. "That’s one reason we opened two new facilities this year, built to support the demand for smart stages and VP training in Europe and Latin America,” Nic said. “Rigged with the most recent equipment, they are designed as places where teams can learn new methods and equipment, problem-solve and test workflows in a low-pressure environment.

“At this stage, finding suitably experienced trainers and teachers is another big challenge -- but it’s also an incredible opportunity. In the past few years we have witnessed virtual production go from a siloed, luxurious science project to an absolute requirement for creative freedom, control and efficiency. Although it will take some time to fully mature, we are now in the early adoption phase and entering the early majority. The coming year will undoubtedly see us jumping that chasm. www.ncam-tech.com

“It’s going to be a very interesting year for Digital Domain,” John Fragomeni, global President at Digital Domain told Digital Media World. John has been looking ahead at the projects the company has in train for 2022, and reflecting on their work from the past year.

In 2021, they recreated favourite superheroes in films like Spider-Man: No Way Home, worked on extremely complex FX work such as the airborne Red Room sequence in Black Widow, and continued to develop the digital human techniques they used on Thanos and the upcoming film Morbius. 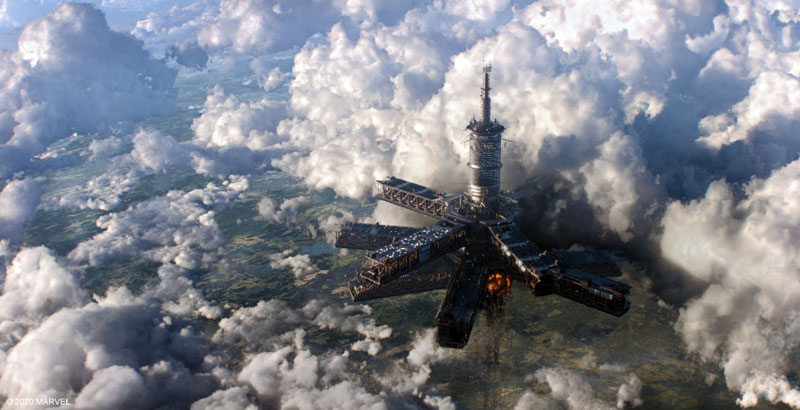 It’s not unusual for Digital Domain’s team to find themselves working on projects that push the boundaries of visual effects. Not only are their artists able to work across almost every VFX discipline but also, throughout their 30 years, pushing boundaries is something they have always aimed to do.

“We enjoy seeing how our technology and processes are evolving through the work. Major projects we have taken on recently range from episodics to features to ads and games, and all of them are expanding in terms of both scale and scope. We continue making new and better options available to clients, and they use that to envision things that have never been seen before.

“By pushing each other to go in new directions, the results are often incredible. At the same time, as the demand for feature-quality episodics increases, including the rise of streaming services, and as VFX in advertising, new media experiences and other projects keeps growing, our philosophy remains the same -- create high quality VFX for any screen.”

John believes one of Digital Domain’s greatest advantages is the ability to share technology and talent across its divisions. “By continuing to explore such techniques as virtual production, we have been able to offer new tools and options for everything from asset creation to editing remotely.

“We’ve also expanded our pipeline to include GPU rendering, for example, for projects like Black Widow, and over the past few years, significant expansion of our digital humans/new technology R&D group has made us a leader in digital and autonomous humans. This group’s work has impacted all of our other groups, including features, episodic and streaming, ads/games and others.” 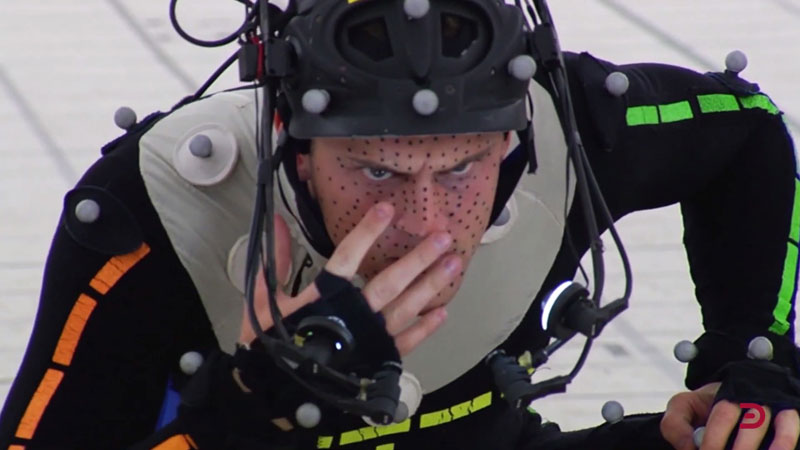 It has not only led to new face swapping and de-aging tools, of course, but also allowed them to do things that weren’t possible even a few years ago – such as creating a lifelike hologram of Dr Martin Luther King Jr. delivering his ‘I Have a Dream’ speech, or a digital Vince Lombardi for the Super Bowl. We’re always looking at new techniques to incorporate, but we’re also inventing them.

As the company transitions into the coming year, recruitment will be critical, since the demand for talent has been extremely high. “We are constantly expanding, and our global footprint continues to grow, but finding the right people remains a challenge. Furthermore, we take hiring seriously -- many of our employees have been with the company for nearly 30 years.”

The changing importance of artists’ locations has created a two-sided approach to recuiting. John said, “As the VFX work continues to increase, we want to find the best possible talent for projects and continue to look for and hire talented individuals all over the world. Nevertheless, working remotely or not, we actively focus our recruitment in the regions where our studios are located. We have great relationships with the local communities and governments. They make it possible for us to expand our ranks through local incentives, and in turn we help the VFX community expand in that region.” digitaldomain.com

The volumetric video specialists at Arcturus believe their medium is set to flow into the mainstream world in 2022, driven by developments in ecommerce, sports and music. It will also create waves behind the scenes in the VFX world, especially in relation to virtual production. Software will continue to evolve and become more integrated into existing workflows, while also becoming easier to use. The continued growth of mocap stages around the world will also lead to new workflows and a new wave of volumetric video, probably in ways we can't even foresee. 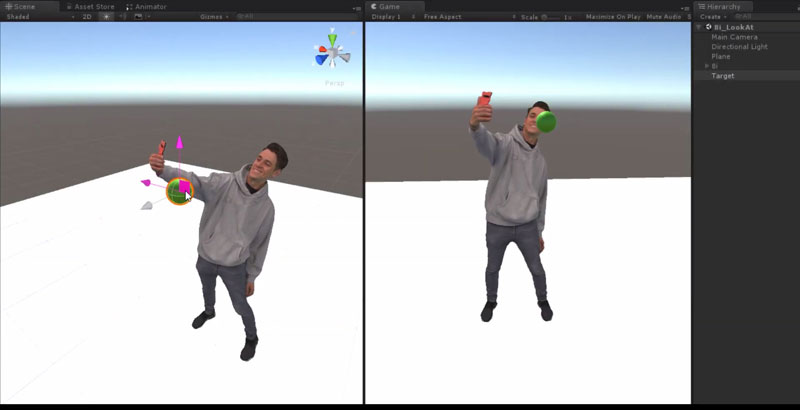 Those production developments are going to be exciting to follow, but Piotr Uzarowicz, head of Partnerships & Marketing at Arcturus, sees the biggest hurdles currently facing volumetric video lying at the consumer end. “Although production is still fairly expensive and the access is somewhat limited, it is available and growing,” he said. “Ultimately it will come down to developers, producers and artists generating new projects that highlight volumetric video, and using it to its full potential.

“But that’s very much in line with past advancements in other new media, especially in video. For end users, however, similar to the move from film to digital video for cameras, for instance, acceptance of the volumetric format is a matter of consumers seeing its value and understanding what it will mean for them, and that will happen very soon.”

On a practical, day-to-day level, interactive communication is one of the more tantalising applications of volumetric video. While Arcturus is more focused on broadcast-quality events, such as live-streaming global events like concerts, performances and sporting events, Piotr notes that for certain types of communications, holopresence is currently at a level where it is sufficient. “But there are still some rough edges to work out before it will have a major impact on mainstream communications,” he said. 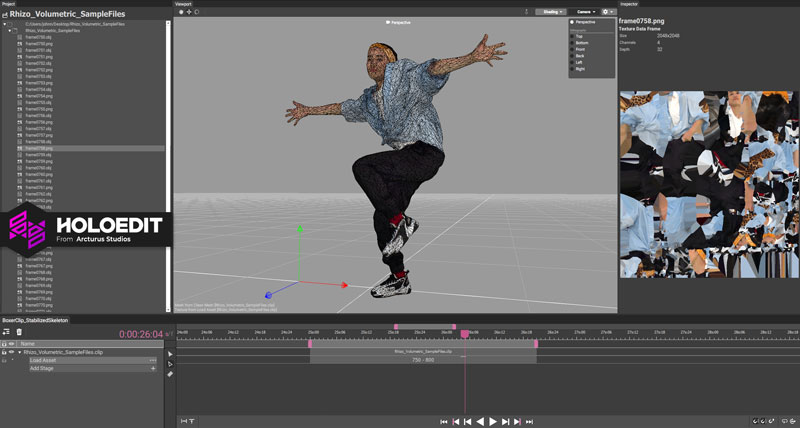 “The holopresence developments are aiming for communications between individuals and small groups, while our goal is to bring volumetric video to millions,” he said. “Volumetric video is going to have a major impact on several industries in 2022, some of which will be obvious and apparent to consumers, while others will be more geared for behind the scenes work that will give professionals better results.

“For instance, in VFX and virtual production, several large studios are incorporating volumetric video into their pipelines right now, and we’ll see the results in films coming out in 2022. Beyond that, there are also brands that are beginning to discover how they can engage with consumers in entirely new ways, including ecommerce.

“You can expect to see more companies utilising volumetric video in ways that result in a better experience for the end users. As major sports and events (hopefully) begin to return to pre-pandemic levels, we also expect to see interested organisations, teams and celebrities in all fields continue to explore and experiment with volumetric video to find new, and better ways to interact with their fans.” arcturus.studio