New support for glTF, flexible modelling tools and greater control are among the most recent updates to Autodesk 3ds Max, all of which aim to save artists time. 3ds Max includes the new version of Arnold, which contains updates for handling complex projects faster, and customising pipelines.

Support for gITF means users can publish assets directly to gITF 2.0, a standard 3D format for web and online stores, while maintaining their visual quality. The glTF specification is used in engines and applications for transmitting and loading 3D scenes and models. 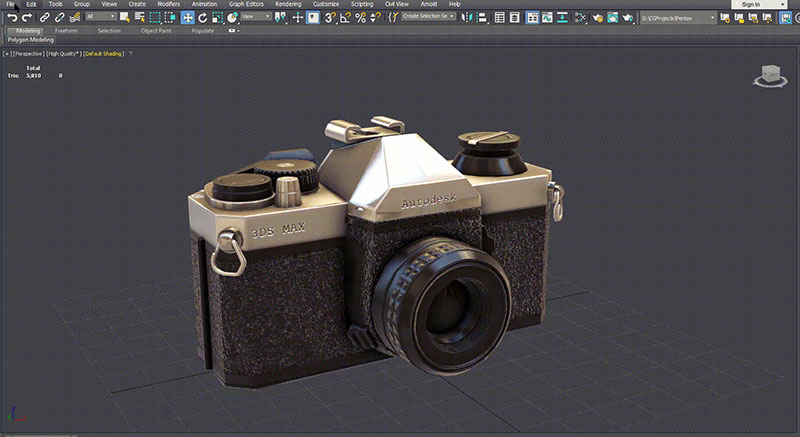 glTF keeps the size of 3D assets, and the runtime processing needed to unpack and use them, to a minimum and, because it makes using 3D content interoperable across applications, authoring workflows become simpler and more efficient. For version 2.0, physically based rendering (PBR) was added, replacing WebGL shaders.

A new glTF Material Preview in 3ds Max also makes it possible to open glTF assets in the viewport and generate an accurate view of how they will look when exported to different environments outside Max. 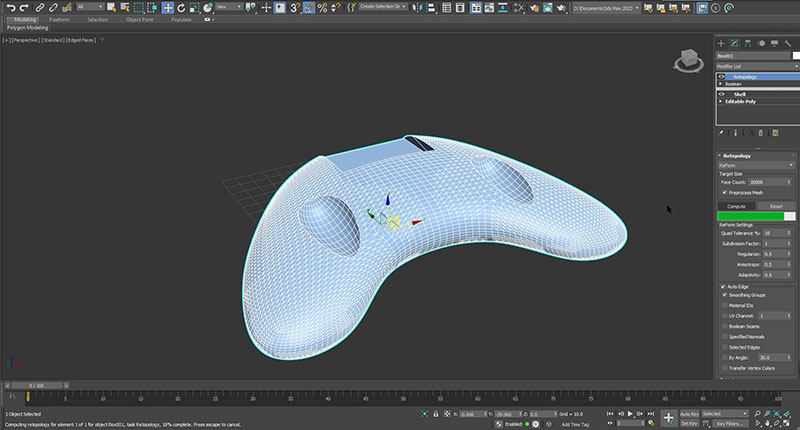 Retopology Tools 1.2 speed up pre-processing of complex mesh data using a new Pre-process option found in the ReForm options. When active, ReForm will generate a simplified intermediary mesh that accurately follows the input geometry. The remeshed data will then generate clean quad geometry. This process makes preparing meshes with modifiers like SubDivide or ProOptimize unnecessary but still generates the same ReForm results. 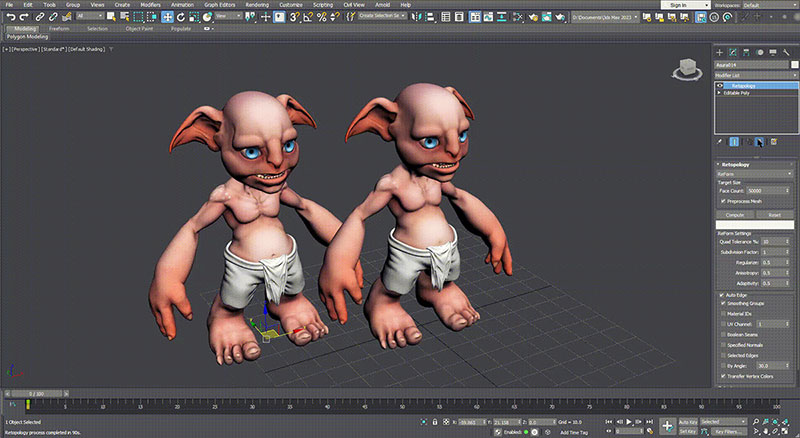 A new Autobackup toolbar has been added to the default UI to help users visualise and directly interact with the Autobackup process. It advises the user when Autobackup is about to activate through a new timer UI, and also has controls to skip an Autobackup save, temporarily turn the service off or adjust its settings. The toolbar is non-intrusive, allowing users to remain productive, but can be relied on in case of crashes, power failures or human error. 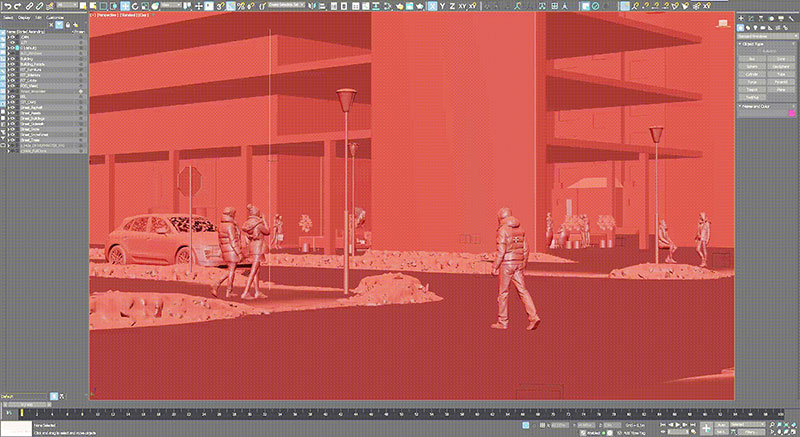 Due to Occlude Selection improvements, generating occluded vertex, edge or poly component selections is faster than before, even on polygonal dense models comprising millions of triangles. For example, selection accuracy is no longer based on screen pixels, and an object's screen distance will not influence the accuracy of component selection. Geometric gaps or holes will no longer allow components to be selected that viewers would expect to be hidden from view. Furthermore, Occlude Selected is now more accurate when using an Orthographic display mode with various marquee-style selections such as rectangle, circle and freeform.

The partial cut-through Smart Extrude union/subtraction functionality and support for cutting into non-planar quads and n-gons are now available in the Edit Poly modifier. Updated keyboard shortcuts have been assigned for various operations found in the Unwrap UVW modifier so users can work more quickly when creating and manipulating UV data. Also, compressed scene files now save twice as fast as before. 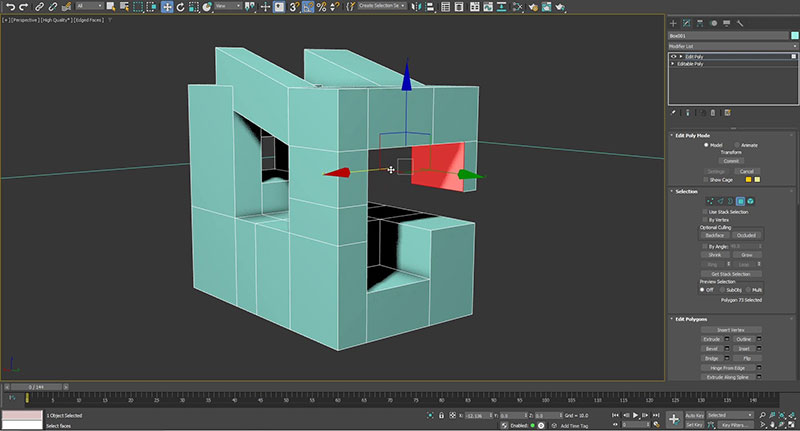 NVIDIA’s OptiX 7 Denoiser can now output more photoreal results on the GPU by supporting consistent denoising of multiple AOVs, which is critical for compositing workflows. Rendered frames are often decomposed in a series of passes or AOVs, which are then reassembled in compositing software. Because denoising modifies an AOV to reduce the noise, this process must be consistent across AOVs to allow reassembly without artefacts. Previously limited to the Arnold Noise Denoiser, consistent denoising of multiple AOVs is now possible with OptiX 7, with associated better performance. 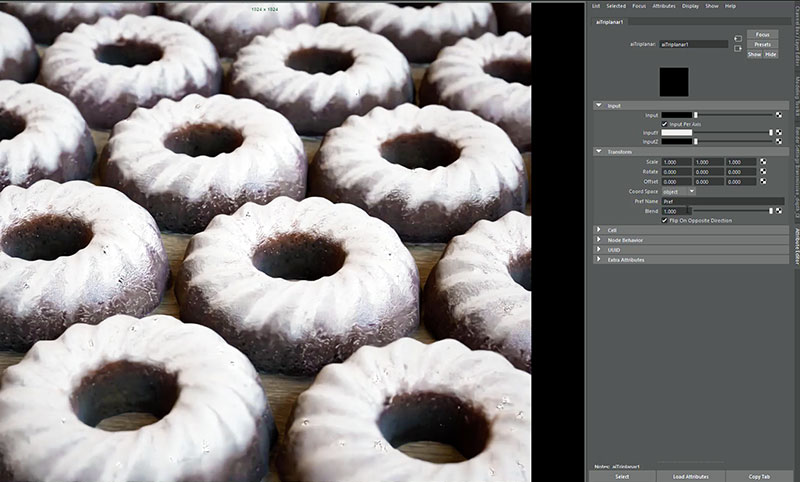 Arnold’s Triplanar shader now allows users to project a texture from all six sides, without using a UV map, and can be used to texture environments or define a hatching look in toon rendering. This update adds to its existing capabilities, making it possible for artists to use a specific texture for each projection direction. 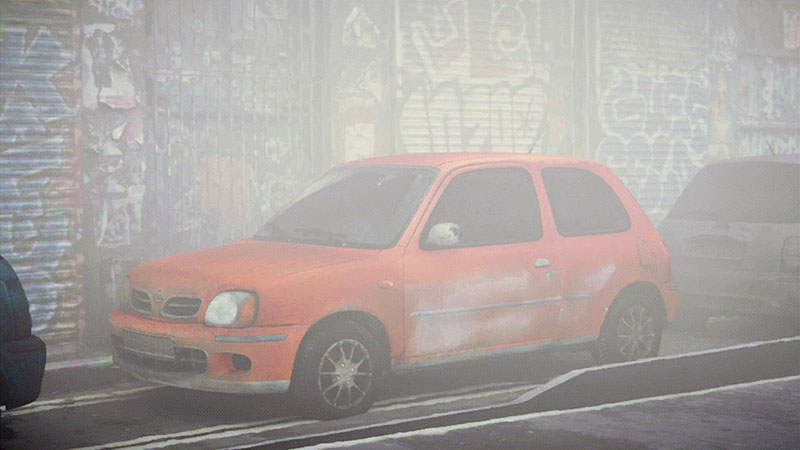 Updates in the USD procedural and the Hydra Render Delegate, which now supports environment, background and ramp shaders with linked colours, result in more efficient handling of instances.

Arnold has optimised the user experience for interactively rendering a scene. In scenes with post-processing imager nodes and atmosphere shaders, improved interactivity on the CPU and GPU allow you to harmoniously iterate a scene as it renders. With a fixed minimum frame rate, interactive GPU rendering is also extended on complex scenes. www.autodesk.com