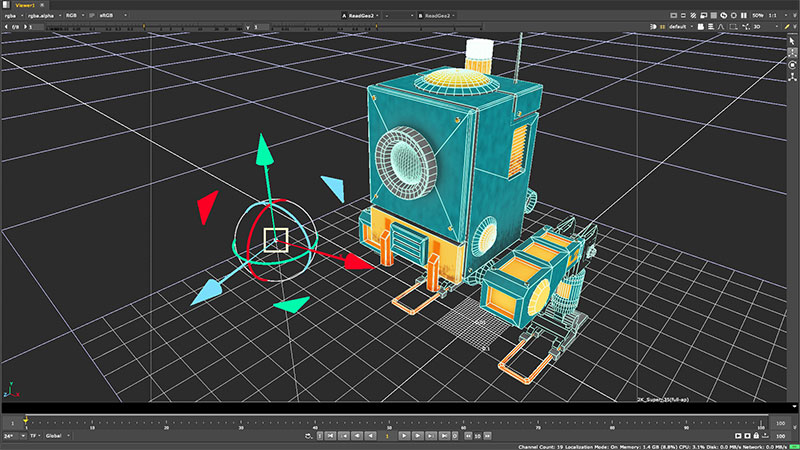 Nuke 13.2 is the final release in Foundry’s Nuke 13 series and continues to focus on collaboration, workflows and pipelines. It also features the results of Foundry’s ongoing research into machine learning, and support for artists who need to work with Unreal Engine.

Nuke 13.2 adds NewTek Network Device Interface (NDI) support to Nuke software. Using the NDI network protocol, artists can stream their Nuke or Nuke Studio viewer content to other people on their network in real-time. NDI is bidirectional, low latency and can transmit video up to 4K and higher.

As each viewer can now have its own independent Monitor Out functionality, multiple Monitor Out setups can be achieved, including multiple Floating Windows and NDI streams that can be sent simultaneously. With Multiple Monitor Out and NDI support, users have greater control over how and what they share, and can share multiple visual ideas at once. 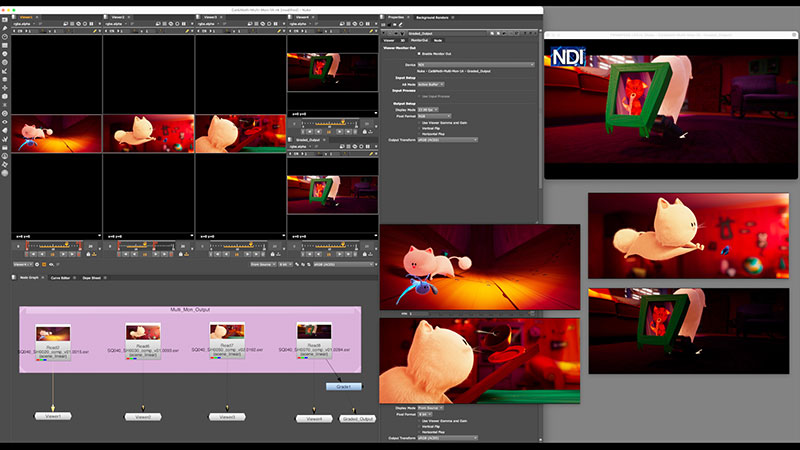 Nuke 13.2 adopts a new rendering architecture called top-down rendering. It renders the graph node-by-node from the top of the graph downwards, instaed of scanline-by-scanline on demand. Using this method, Nuke can cache its data more efficiently and reduce thread synchronisation issues for faster rendering. Average performance improvements range from 20% to 150% faster.

Users have less time to wait for heavy or complex scripts, resulting in faster updates and interactions. Because performance gains are script-dependent, and Nuke’s scanline-by-scanline progressive update to the viewer is replaced by the whole image updating at once, users still have control over how and when they use top-down rendering to suit the demands of their scripts.

Changes to Nuke’s 3D system that also give artists more control to include advances to the pivot point workflow. The new control handles to the pivot point controls are extended. Users now have new pivot point rotations and a new free rotate algorithm to make free-rotation of 3D objects in the viewer easier. Pivot point match to selection makes it easier to precisely place pivot points by allowing the user to quickly match the pivot position of the geometry to a vertex selection. 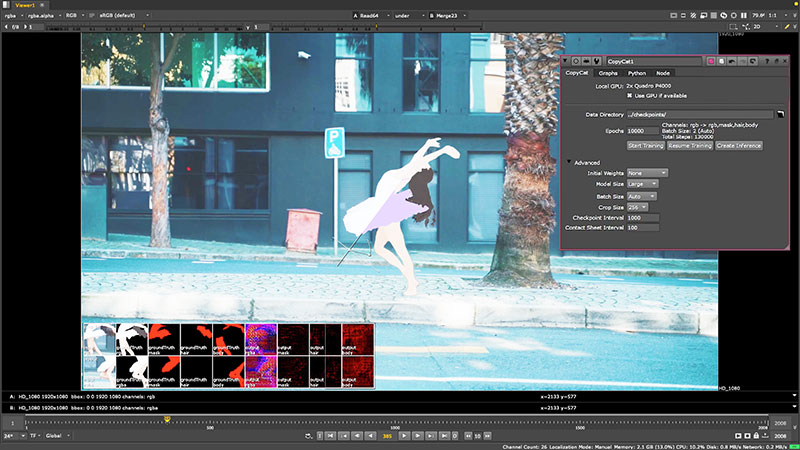 With multiple GPUs, users can speed up training by using all GPUs simultaneously, or running different training sessions on each GPU. There are also no longer any limitations on the number of training images used, and it is now possible to train on a headless version of Nuke with the -X flag.

Updates to the UnrealReader beta feature improve pre-production workflows. Improvements to the Unreal Stencil layer picking interface makes the selection of layers more visual, similar to the Cryptomatte workflow which, with support for wildcard selection, makes complex selections easier. Users can preview the layer they are selecting, and add or remove selections in a layer list. 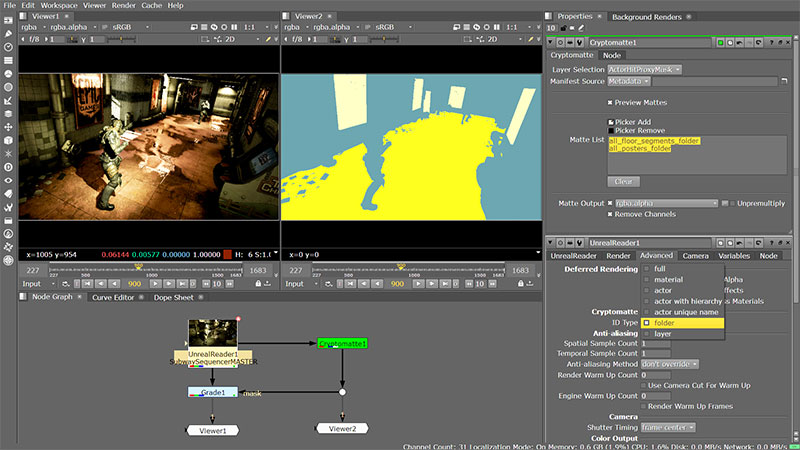 The UnrealReader UI has been refined for speed, improving access and organising the tabs into a more logical grouping. On a technical level, the UnrealReader has been refactored to resolve bugs and increase stability. Environment variable support introduced into the write knob improves workflows across multiple machines and OS. This release also makes the UnrealReader feature accessible to Nuke Indie and Nuke Non-commercial users, and adds support for integration with Unreal Engine 5.

When artists need to transition between timeline clips, the introduction of non-linear dissolves will help them keep more control. It solves the breaking of transitions when importing XML, AAF files from other editorial applications into Nuke Studio and Hiero, resulting in an easier workflow without loss of data. Nuke’s timeline improvements also reduce long wait times of hrox (Nuke Studio Project) files when loading large projects.

Foundry is adding OpenTimelineIO (OTIO) support to Nuke Studio and Hiero, introducing it as a beta feature to support the import and export of clips, tracks, linear transitions and linear retimes. 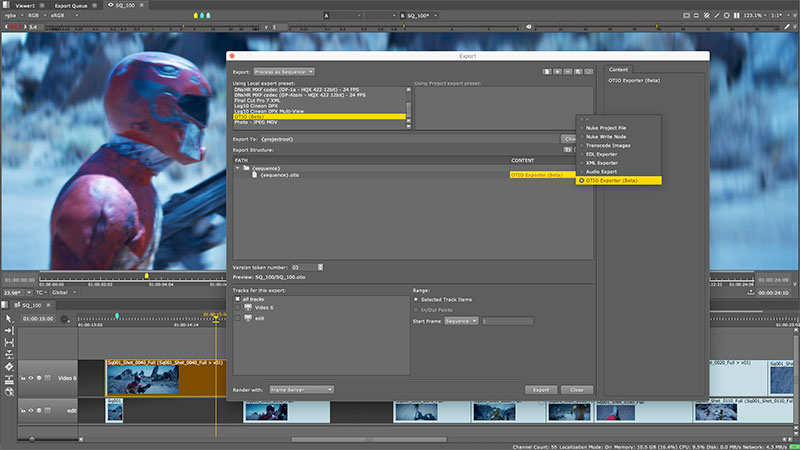 OTIO is an API and interchange file format, first developed at Pixar and now at the ASWF, that describes editorial information, similar to an EDL but with an API that allows you to manipulate the import and export of clips, tracks, transitions and linear retimes. OTIO is considered a convenient method of moving editorial data through the pipeline, either to carry the cuts as they evolve or to create playlists for reviewing shots throughout the show.

The upgrades seen in Nuke 13.2 have been tested for use on new hardware and software including updates to libraries and SDKs such as ARRI 7.0 and Blackmagic RAW 2.2 support needed to work with newer cameras, as well as AJA updates in the monitor out tab. Apple Silicon Macs processors running Rosetta translator software have been tested for Nuke so that the new functionality runs as expected on M1 hardware but native Apple Silicon support is in development for future releases. www.foundry.com