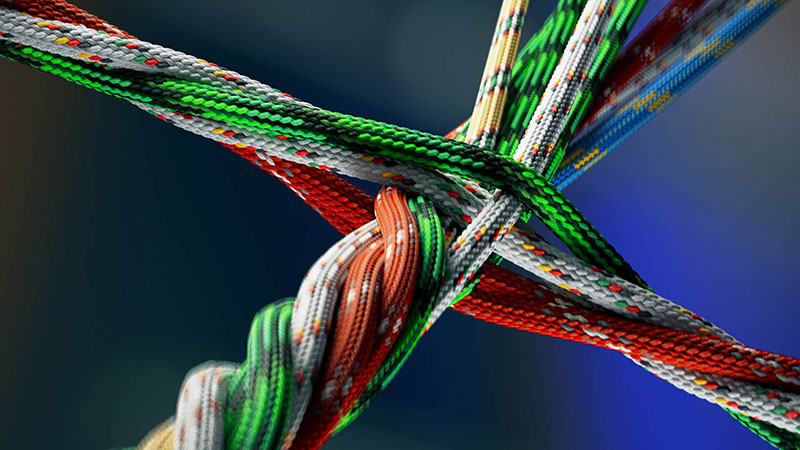 Maxon has released an interim upgrade to software within their MAXON One package. It includes progress in Cinema 4D’s Scene Nodes core, and improvements to Red Giant tools. All updates are available now to subscribers of individual tools and Maxon One. Cinema 4D 26.1 includes an enhanced Node UI and improvements to Simulation, Fields and Volume Modelling, plus a range of fixes and workflow enhancements.

Performance improvements have been made to Redshift on the CPU, as well as enhancements to Redshift RT and Volume Rendering. Red Giant includes new Trapcode features and improved compatibility with Apple Silicon and AMD GPUs, as well as several host applications.

The Scene Manager core in Cinema 4D, still relatively new, uses node-based assets to construct procedural geometry or entire scenes in a hierarchical view. An action performed within the Scene Manager creates a corresponding node graph within Scene Nodes, including integrating regular C4D objects into scenes. The Scene Node core is a way to manage relationships and dependencies between objects, construct and modify geometry, and build reusable assets.

A major advantage of Scene Nodes is the ability for users to expand the software system without coding. Instead, Capsule Assets are used as data visualisation options that can be applied to any data. They work in a way similar to procedural plugins and can be used directly in Cinema 4D as primitives, generators or geometry modifiers. 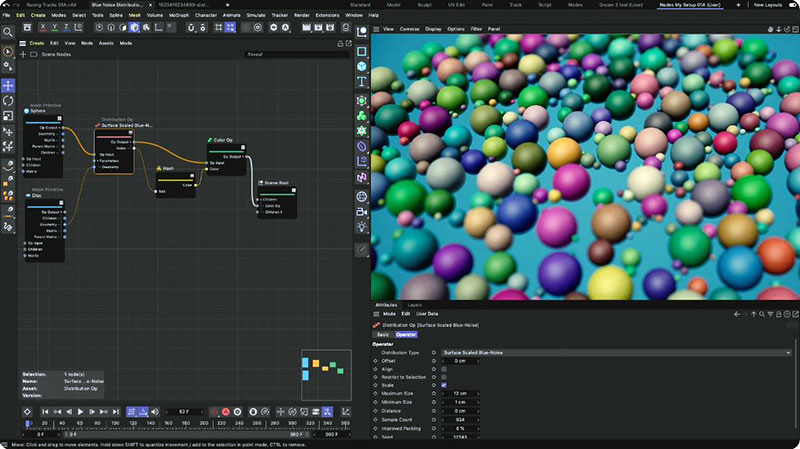 With 26.1, it’s now possible to explore and edit existing Capsules directly from the Object Manager with the new ‘Edit Asset as Group’ command. Now that Maxon is delivering Node Capsules regularly, users have the opportunity to learn from other artists, or to tweak Capsules to match their requirements.

The Capsules library, also part of the Maxon One subscription, adds assets for photorealistic rendering, including Surface Imperfections, HDRIs and Redshift Materials. The most recent additions are a pack of Redshift ArchViz Materials created by design Studio Fuchs und Vogel, and a set of 12 interior and exterior HDR images from Jorgen HDRI for creating realistic lighting and reflections. Find the ArchViz Materials by searching on ‘fv-rs’ in the Materials/Redshift category of Cinema 4D’s Asset Browser, and find the HDR images by searching on ‘jhdri’.

Among Cinema 4D 26.1’s new features are a curvature option for fields and smooth bevels in Volume Modelling. The Node UI has been given an upgrade in appearance and interaction to make it easier to create and explore Redshift materials and Node Capsules. Also, users can organise graphs for better readability and add nodes into an existing network more easily by dropping them onto a connecting wire. These ease-of-use enhancements, matched with visual upgrades, are intended to make the most of the node editing workflow.

Cloth and Rope Simulations can now be influenced by Cinema 4D’s Fields and Field Forces. Following the April release of Unified Simulations, this gives artistic control needed to make cloth flow outside the bounds of physical forces. The performance of cloth and rope simulations has also been improved and Cloth collisions have been enhanced. 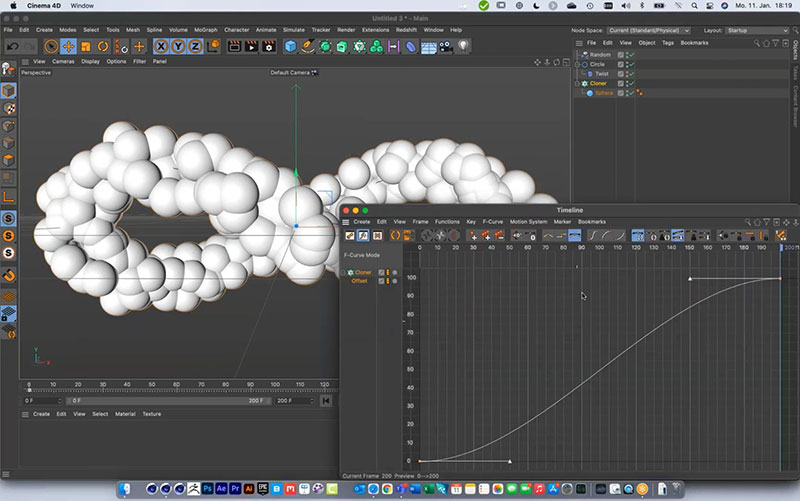 The Volume Builder in Cinema 4D 26.1 now features an improved performance due to OpenVDB 9 and Booleans can be smoothed based on a radius.

MoGraph artists can now use an object’s Curvature in Fields to define the strength of falloffs, colours of clones or alignment of field forces. Use vectors from curvature to align clones or generate field forces based on the concavity of objects.

Recent updates to Redshift include ‘bokeh’ depth-of-field in Redshift RT and blackbody temperature controls for volume shading. Redshift’s performance when rendering using the CPU is improved and achieves feature-compatibility with the GPU through the addition of Round Corners. 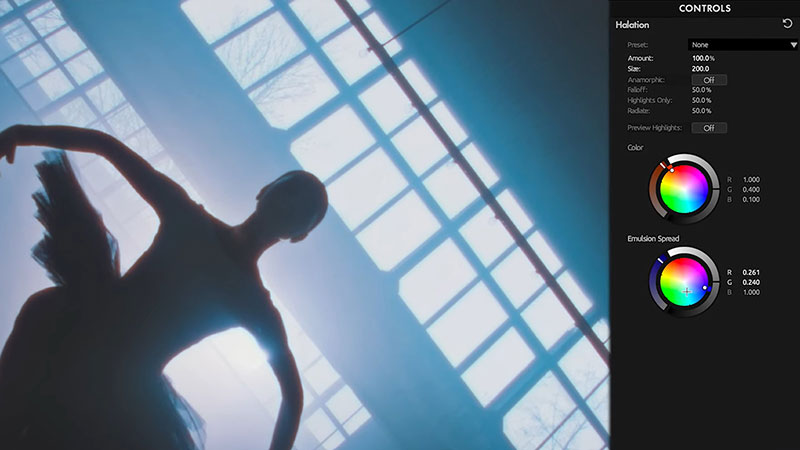 All updates are immediately available to subscribers via Maxon App and the Maxon website. www.maxon.net