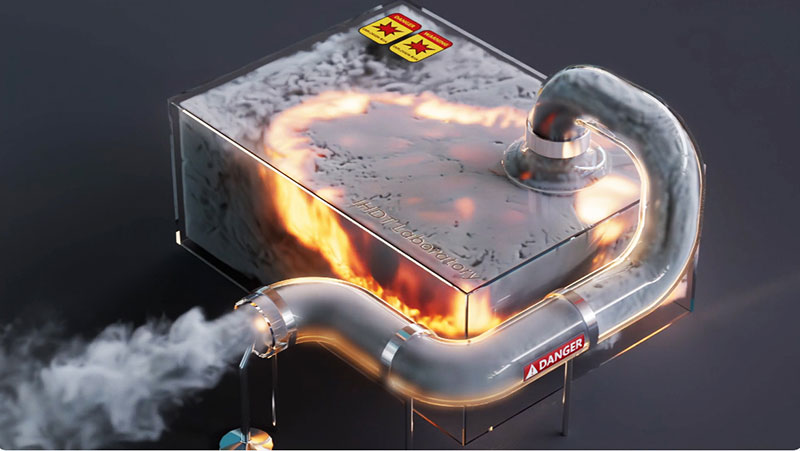 Maxon’s November 2022 release, 2023.1, of their Maxon One 3D software packages adds a new feature to Cinema 4D called Pyro that simulates fire, smoke and explosions on the GPU or CPU, plus an integrated Redshift Camera and Radial Symmetry for modelling. The Real Lens Flares among Red Giant’s VFX tools now include more natural elements with Schmutz and Diffraction effects available for the optical simulation. The new version of Trapcode offers an interactive and updated user interface for Particular's curves and colour gradients.

Cinema 4D 2023.1 Pyro creates fire, smoke and explosion simulations that interact with forces, cloth and soft bodies. They can be emitted from any Cinema 4D object or spline, simulating their effects on the GPU or CPU. Smoke density, fire temperature and more parameters can be controlled to art-direct the simulation. Due to Pyro’s integration with the Cinema 4D Unified Simulation System, Cloth and Soft Bodies can be set ablaze, and used to fan the flames.

With the new Radial Symmetry, artists can interactively model round objects by defining a number of slices and offset.

The viewport preview of Redshift materials has been improved, with support for animated textures, ramps and colour correction nodes. Support for procedural polygon selections and vertex maps on generators has also been improved and now includes support for field-based point and edge selections. 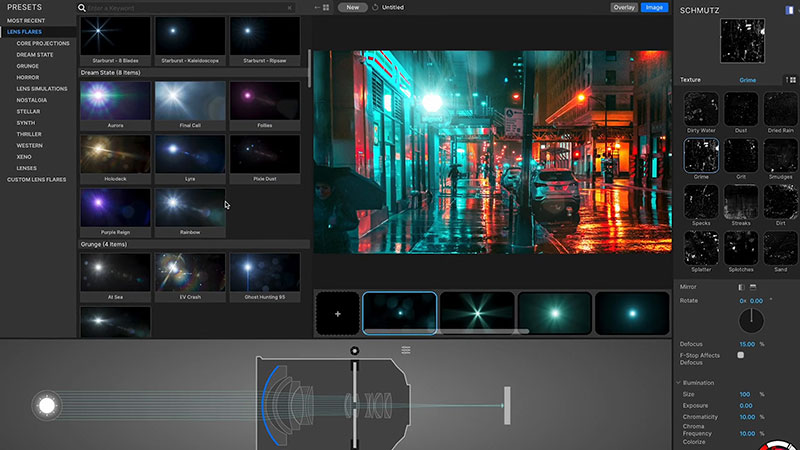 Maxon has now introduced the first full version of Real Lens Flares to Red Giant VFX’s tools for 2023.1. A number of new presets as well as base lens prescriptions have been added. However, its engine has been field tested to make sure that backwards compatibility for presets and projects will not be compromised.

The new Schmutz and Diffraction effects make lenses look grimy and add rippling effects to each lens flare reflection element. For instance, Schmutz makes a grimy lens sparkle in the light that is reflected off of the glass, letting the user choose from multiple different textures. Diffraction happens as light bends around the edge of an aperture, adding a rippling effect in the reflections, while subtly softening the render.

In Trapcode 2023.1, the UIs for the Particular curves and colour gradients are upgraded to make it easier to control and art direct the look of particles. The UIs’ similarities to those in Cinema 4D will especially help C4D artists.

Colour Gradients are redesigned to be more responsive for artists, with greater precision and flexibility when creating gradients. Greater interactivity with the Curve Pencil tool, due to Curve Multi-point selection and better Curve Point Location controls, means users can achieve the required results faster, with more control over the curve. 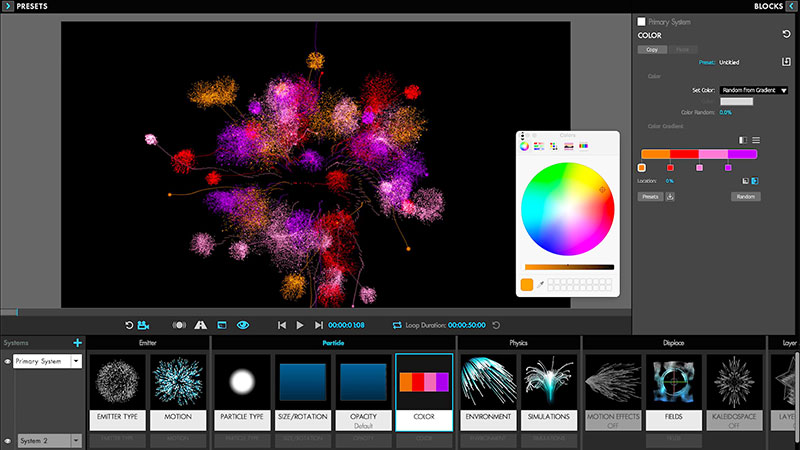 Users can now save, load and share their own custom Curve and Gradient presets, and four new emitter block presets have been developed for Form behaviours to improve speed and performance. Several improvements have been made to the migration of older projects, and to Bounce physics.

About Cineware for Unreal

For Unreal users, updates to Cineware for Unreal integration now supports Cinema 4D 2023.1 and Unreal Engine 5.0.3. As a result, C4D files can be imported into Unreal and changes made without leaving the engine environment.   www.maxon.net