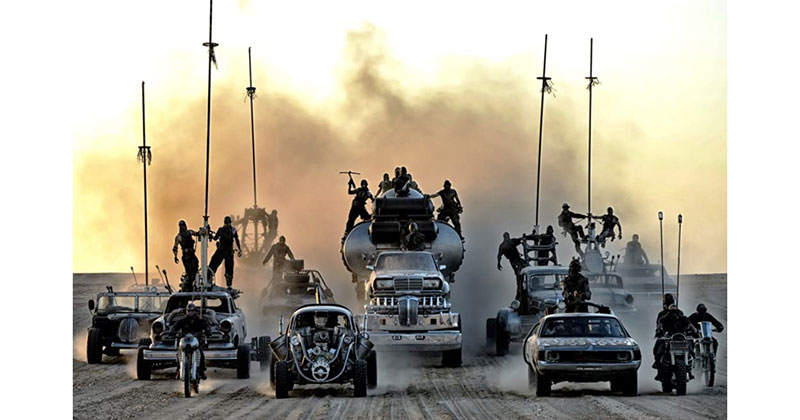 DNEG has outlined plans for a new VFX and animation studio in Sydney, Australia, in coordination with the NSW Government. The new studio, which will be located in Pyrmont, within Sydney’s Tech Central district, is scheduled to open in early 2023 and will have a total capacity of up to 500 seats.

As part of the announcement, DNEG also confirmed that its new Sydney studio will lead the visual effects work for George Miller’s Mad Max prequel Furiosa.

“The opportunity to collaborate and partner with filmmakers of the calibre of George Miller, whose work I love and respect, is the driving force behind everything that we do,” said DNEG CEO and Chairman Namit Malhotra. “We are extending our filmmaker-focused approach to a fourth continent and building a substantial and sustainable presence in Sydney.

“This move allows us to engage with Australia’s talented and experienced creative leaders, artists, technologists and production crews, marks another milestone in our mission to bring the best VFX and animation services to filmmakers all over the world. My thanks to the producers for choosing DNEG as their partner on Furiosa, and to the NSW Government for their support and for extending such a warm welcome to our team.”

George Miller's Furiosa returns to the dystopian world he created more than 30 years ago in the ‘Mad Max’ films, this time with an original, standalone action adventure that will reveal the origins of the characters from Mad Max: Fury Road. Furiosa is being produced in Australia by Miller and Oscar-nominated producer Doug Mitchell. The film is a Warner Bros. Pictures production in association with Village Roadshow Pictures (US) and is expected to premiere in 2024. 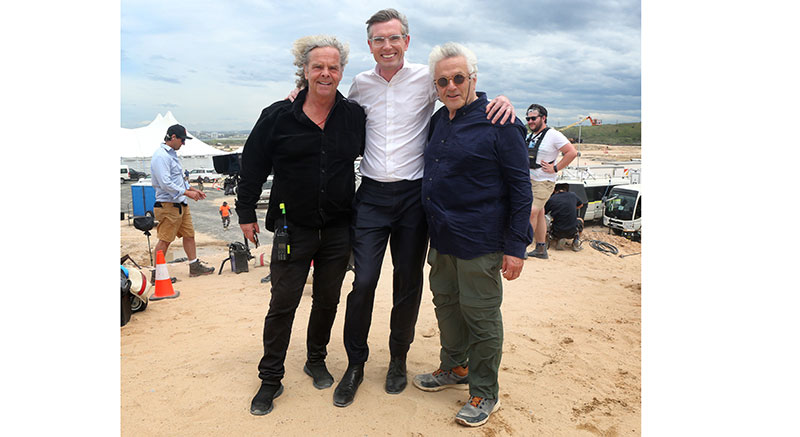 “DNEG has been proactive and focused in ensuring that George and I have the visual effects team we need for this movie,” said Doug Mitchell. “As we wrap production, I am especially excited to collaborate with DNEG to create the visual effects for Furiosa in our home state of NSW,. I’m looking forward to this and future collaborations with Namit and his team.”

DNEG Sydney will be a full service VFX studio, leading on complex VFX projects for film and episodic projects, and will also be home to a new studio for DNEG Animation, the animation studio behind Kid Cudi’s beautiful stylised, animated love story Entergalactic for Netflix.

“DNEG is supporting some of the most creative and visionary directors in the industry, and together we are creating innovative, inspiring VFX and animation work,” Andrew said. “I am thrilled to take up this position at the new DNEG Sydney studio, and to be back on home turf, working once again with George Miller following our work together on Fury Road. DNEG’s entrance into the Australian market will be chance to access a new pool of talented, imaginative individuals.”

One of DNEG’s first hires for the new studio is VFX Supervisor Dan Bethell, who joins from Rising Sun Pictures. Dan is serving as DNEG VFX Supervisor on Furiosa, having previously received a VES Award for his work on Mad Max: Fury Road. Dan’s previous credits as VFX Supervisor include Thor: Love and Thunder, Mortal Kombat, Extraction and Spider-Man: Homecoming.

DNEG’s expansion to Sydney is supported by the Australian State Government of NSW and its $250 million Jobs Plus Program. Delivered through Investment NSW, the program provides eligible companies with support to establish and expand their footprint in NSW, including payroll tax relief, support for infrastructure, and subsidised training programs, along with the provision of free or subsidised government spaces and accommodation.

NSW Minister for Enterprise, Investment and Trade Alister Henskens said the support will help create 472 direct and 554 indirect jobs by 2024. “The support via infrastructure rebates and payroll tax relief will help DNEG to develop, foster and grow our pipeline of skilled workers in the digital effects industry by creating new opportunities and training pathways,” he said.

The Australian Trade and Investment Commission (Austrade) and Department of Home Affairs assisted DNEG with extensive advice and introductions, including to Australian industry and government, as part of Global Australia Taskforce.

Current DNEG career opportunities for Sydney and worldwide are posted at DNEG.com.           www.dneg.com