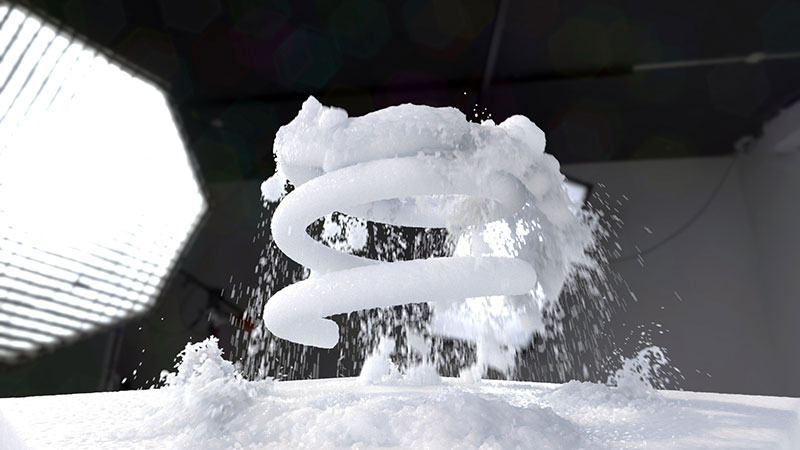 Following the release of the Operator SDK in Bifrost (Bifrost SDK), Autodesk developers have used it to create all of the Bifrost-USD integration. This means that users can build the complete Maya-USD ecosystem, including Arnold-USD and Maya-USD, to make it work with their own USD core. It can be used as a code example – although, more than an example, it is an example of a real production project where users can implement their own features.

Bifrost-USD is available either as an open-source USD system within Maya, or as a standalone project on GitHub. The Bifrost-USD project’s features include wrapped USD types that flow in the graph, like various integer types, strings, tokens and so on, and the ability to monitor USD low-level operators. The project’s translation tables handle integration with the host DCC, and custom USD tools and builds help users improve pipeline flexibility and scalability. Other features are compounds that expose Bifrost-USD functionality to users, documentation, and tests to ensure all components are functioning correctly. 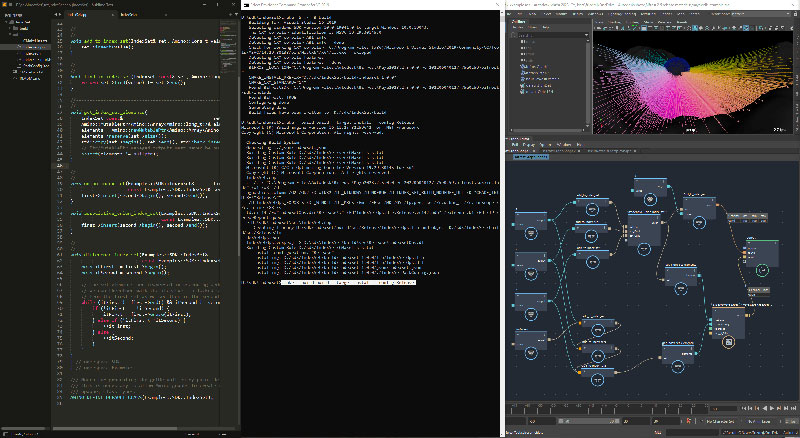 Bifrost’s redesigned system of Backdrops and Sticky Notes make them a more functional way to annotate node graphs. Backdrops are coloured graphical elements that you place behind groups of nodes to manage and move them around together. They also outline, identify and separate notable areas in graphs. Sticky notes are used to make comments and leave instructions as a way for team members to communicate.

Artists editing the UIs of their compound nodes – sets of connected nodes that operate as one unit – can now customise the UIs in the parameter editor interactively, without editing any JSON code. These customisations include assigning port widgets such as sliders, colour pickers and the new combo box.

The MPM (material point method) solver in Bifrost for Maya is used to simulate the behaviour of solids, cloth, liquids and gases, in a way that supports physics-based simulation by switching between a particle and voxel-based representation of the material that it’s trying to simulate. As it doesn’t require constant re-meshing and remapping, it suits large material deformations, such as cloth.

MPM now has new collider stickiness that makes it easier and more natural for artists to create, for instance, a snowball impact with the desired amount of snow left clinging to the wall. Also, new per-particle activation supports complex disintegration effects, and location-based activation for efficient footstep simulations in large environments. 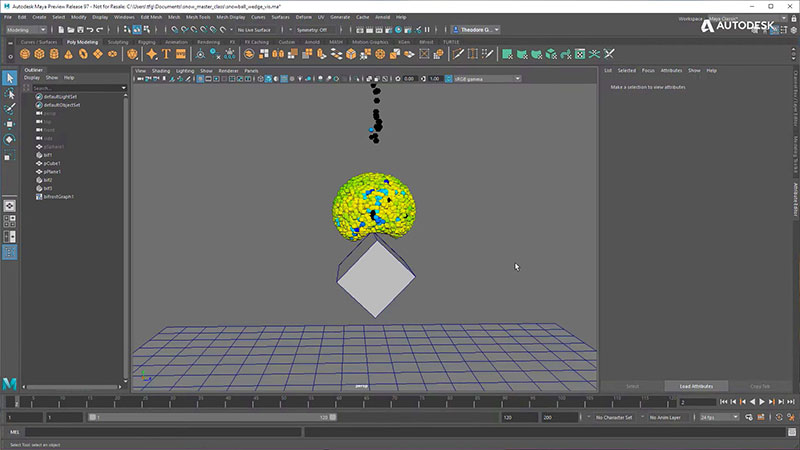 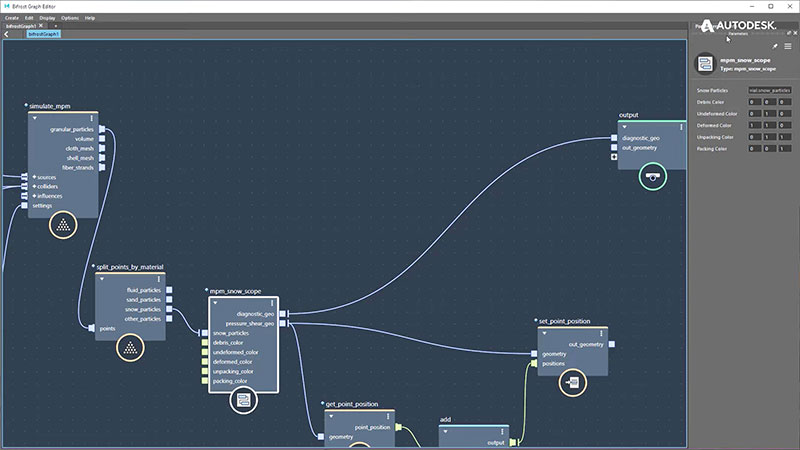 Using the MPM solver for physics based simulation

To ease the complexity of physics simulations, a coherent set of diagnostic tools and scopes has been added to MPM and to Aero, which is used to create effects like smoke, mist and other gases. Artists can use the diagnostics to visualise velocities, temperatures and similar traits, and explore the solver’s internal state to understand the physics behind the effects.

Similarly, creating complex geometry algorithms from scratch has been simplified. New property transfer makes it easier to use custom properties, while creating a first batch of procedural geometry compounds in the process. This includes basic compound nodes – such as delete and filter points, faces and strands – each able to preserve UVs, normals and any user data. It also includes separate mesh, detach faces and add points.

Bifrost’s Alembic implementation has better performance with indexed properties, including UVs and face vertex normals, which are better for preserving user data. Also, Bifrost data can now be converted into a Maya mesh with a new one-click function. 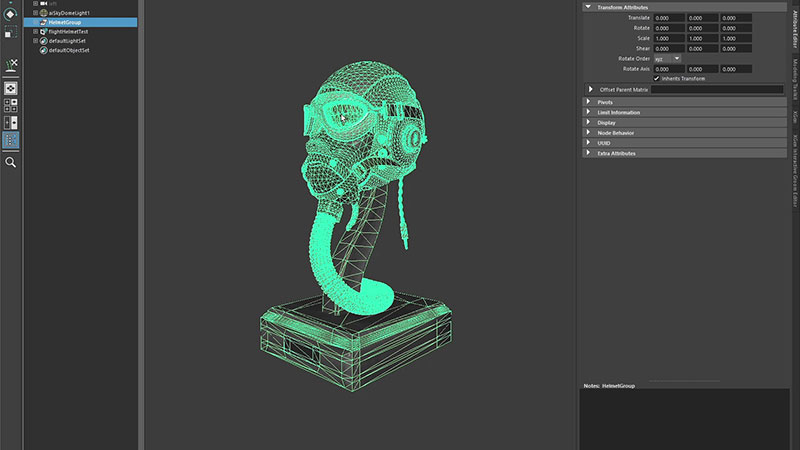 Various overheads have been reduced to improve performance, including arrays of input data that have increased the speed at which graphs can be run. These improvements are most important for the Bifrost Board node, but also apply to the Bifrost Graph Shape node.

Bifrost for Maya is now available as a standalone subscription or with the Autodesk Media & Entertainment Collection. View the Bifrost-USD project on GitHub here.  www.autodesk.com