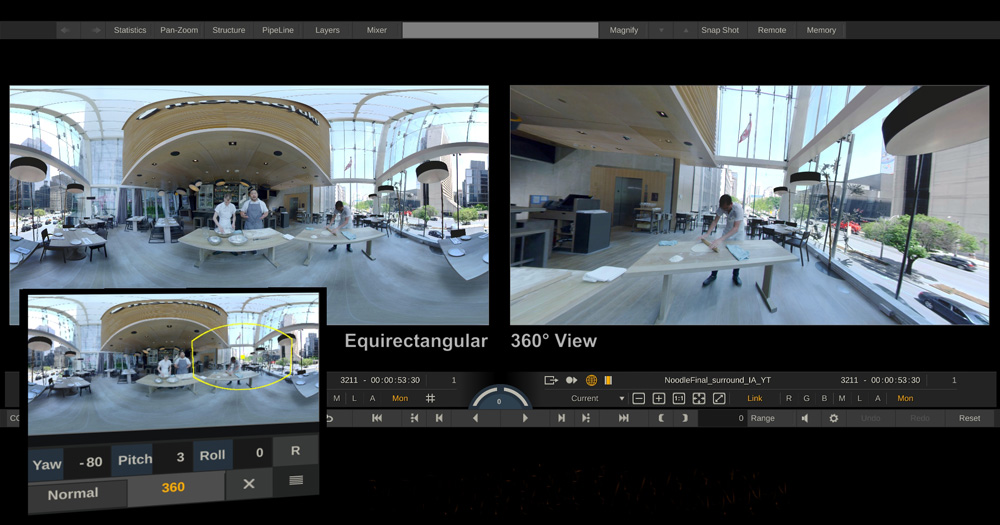 ASSIMILATE’s new SCRATCH VR Suite, a real-time toolset supporting a complete VR production workflow, operates inside a 360 environment, starting with dailies and moving to the conform, colour grade, composting, finishing and mastering in various formats and resolutions. The first public demonstration of the suite will take place at NAB 2016 in the Show’s VR Pavilion.

The SCRATCH VR Suite includes the post-production tools and functions in the most recent version of SCRATCH, version 8.4, and entitled users to an automatic upgrade to SCRATCH 8.5 when available. SCRATCH VR also includes SCRATCH Web plus extra tools specific to the VR suite. SRATCH Web is a key component of the SCRATCH VR data-workflow and system, adding real-time, on-line collaboration and review via Google Cardboard and Samsung GearVR headsets.

ASSIMILATE says they have recently extended the capabilities of SCRATCH and SCRATCH Web with tools and functions contributing to a VR workflow. A basic set of these tools is available in the standard versions of SCRATCH, SCRATCH Play and SCRATCH Web. The VR suite includes these basic tools, as well as the newer grading and compositing tools. 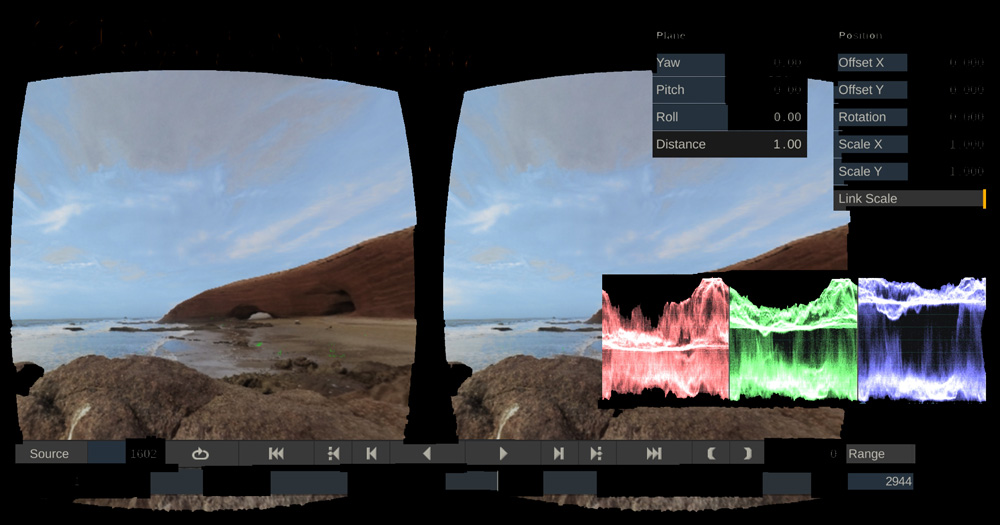 The control panel for Oculus Rift makes all the Play controls used to browse through the SCRATCH timeline available in the Oculus display as an overlay on top of the image. Users can operate the controls with the mouse pointer while still looking in all directions of the image. This way you can start, stop, jump forward, back or browse through the timeline without removing the Oculus headset or involving another person to operate the Play controls. Also, for colourists who can operate their colour panels blind, the Oculus Playback control allows you to complete the basic grade of a production without removing the Oculus.

Pan 360 framing controls - yaw, pitch and roll - are used to re-orient a 360-equirectangular shot, guiding the point-of-interest to make sure it is centred. When editing multiple, consecutive shots one after the other, you can also ensure the point-of-interest of each shot proceeds in the same direction.

For example, you can use these controls to create a pre-defined path in a 360 video so that, while the end-viewer will still be able to look in all directions, you as the designer can define the path in advance that the viewer will follow. To support this, an Equirectangular-2D Output node creates a 2D version of the 360 projection. Once you define and animate the path through the 360 projection and set the field-of-view, you can render out a 2D version in any format or frame-rate.

As usual, the framing controls also help stabilize shots or replace camera motion to spherical projection offsets. Future builds are planned to include linking the tracker/stabalizer directly to the framing parameters.

Pan 360 also has an equirectangular-2D effects node to blend 2D elements such as logos or effects like lens flares into a 360 projection, using the yaw, pitch and roll controls to position the element. This tool can also be used to incorporate a text or graphic element of a different size than the source image neatly into the 360 scene. Because the effects node also has offset, scale and blur controls, you can position the 2D element on the plane in the correct perspective and integrate it more accurately into the projection. 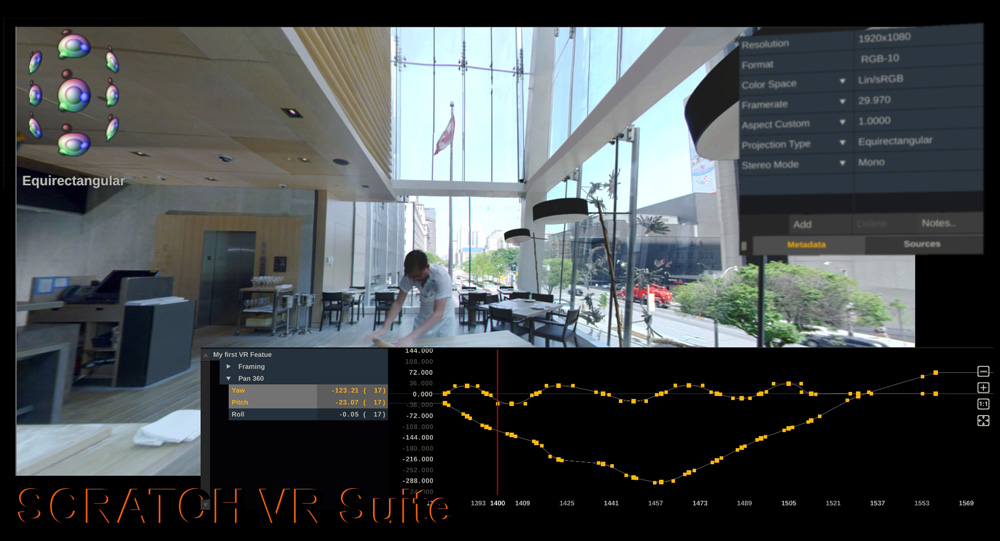 Certain effects, such as a blur or clarity, will show a seam when used on 360 material where the two sides meet. This is because a blur effect is calculated according to the surrounding pixels, but at the far left or right edge of the image, the neighbouring pixels will be missing. However, when media is identified as 360, SCRATCH will automatically use the pixels from the opposite side as neighbouring pixels to calculate such an effect. Using this 360 wrapping avoids creating a seam where the two sides of the equirectangular image meet.

It also prevents the same seam issue from arising when using layers, such as circles or free form shapes, that do not cover the full image, to highlight and grade only part of the image. In a 360 projection, the part of the view that needs to be isolated might be split over the left and right side of the 2D equi-rectangular image. Also, when tracking an object in the equi-rectangular image, the object might run off the right side and re-appear on the left side.

To cope with these situations, the canvas of a Layer in SCRATCH has a Repeat 360 mode. In this mode, the shape will be drawn and repeated automatically on the opposite side when it spills over the right or left edge of the 2D image, preventing seams in the 360 projection.